Life on the battlefields‚Ä¶ more than 90 years on

International speaker Charlotte Descamps will present a talk dealing with the ‚Äúsilent witnesses‚Äù to the Great War at Varlet Farm, Poelkapelle, Belgium. The Farm is situated in what was the centre of the battlefields of Third Ypres.

Refreshments available at the bar.

Sponsored by the Victorian branch of the Military Historical Society of Australia.

Gold coin donations to the Society will be welcomed. 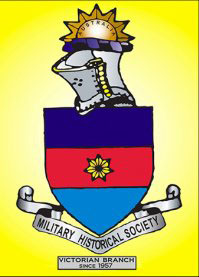 Locating Varlet Farm in the Salient

Varlet Farm is situated¬† in the centre of the battlefields of Third Ypres, ¬†part of the Salient which came to shape at the end of 1914. It was end 1914/beginning 1915 that the war changed face : from having been a war on the move, it changed to a war of stalemate. Eventually 5 major battles were to be fought in the Salient

Today, there are hardly any visible signs of the Great War, other than the many cemeteries and memorials, to explain to what extend the Salient was destroyed. Yet, year after year, evidence of that conflict is being found.

Even now, human remains are still being unearthed. Modern technology is being applied in an attempt to identify those remains. A set procedure results in the fact that those soldiers are being put to the their final resting place with military honour. DNA research has let to several positive identifications over the last years

Ordnance is part of daily life for those working in the soil : farmers, contractors, constructors, everyone is aware of the fact that they will come across life ammunition. An average of over 200 tons of ammunition is still being collected every year. A heritage with which has to be dealt with in the appropriate way. High explosive shells, shrapnel shells, trench mortars, hand- and rifle grenades, toxic ammunition : it is all part of the iron harvest in the Salient

Dealing with the legacy

The Belgian bomb disposal squad has a high reputation. Today they are being send out throughout the world to clean up more recent battlefields. A lot of their experience goes back to the battlefields of the Great War : they have specialised knowledge how to dismantle all different types of shells. The toxic ones being the most dangerous ones around here.

Year after year, the war still causes victims on the battlefields : private collectors messing around with shells, children picking up a hand grenade, farmers being confronted with an explosion while working the fields. Rules are being set to reduce the risks to a minimum.

A story that continues

Working in the soil reveals more of the history of this area : helmets, rifles, rum jars, badges, buckles, silent pickets etc,¬† which are still being found are revealing more information. Occasionally ammunition supplies, ammunition dumps or a tunnel are being discovered as well. Research in archives gives information on dugouts which are still down deep Flanders Fields today.

– Born 19/09/1958 in Poperinge, Belgium
– started up B&B Varlet Farm, specialised for guests having an interest in the Great War, in 1998. One of the first B&B’s in the area long before there was a vivid interest in the history of the Great War. Varlet Farm has been listed in the top 10 of European B&B ‘s in the trip advisor 2011 ranking
– became a qualified battlefield guide in 2004
– one of the founding members of the Passchendaele Society 1917, a charity organisation that organises commemoration events in the Salient
– thriving force behind the commemorations events to mark the 90th anniversary of the Battle of Passchendaele
– worked a battlefield guide for the NZ embassy on Anzac Day in from 2004 till 2009
– lectured to groups from all over the world, coming to Varlet Farm : these groups vary from students, army cadets, army officers, bomb disposal squads to adults with a strong interest in the history of the Great War.
– established contact between the Memorial Museum Passchendaele 1917 and the 48th Highlander Regimental Museum in Toronto
– lectured at the WFA seminar in Victoria, Vancouver Island, in March 2011
– carried out research work for the Passchendaele Memorial Museum 1917 at the National Archives in Kew
– represented the community of Zonnebeke at the inauguration of a new WWI memorial in Essex on November 4th, 2011.