In addressing an audience of 25, Dr Monteath explained how he had written his book largely through the eyes of several high-profile participants, particularly Johnny Peck of the Australian 2/7th Battalion.

Peck’s claim to fame was that during the war he was made POW several times but that he kept escaping. He was one of the over 3000 diggers made POW in Crete.

The Battle for Crete was at once the most modern and the most ancient of wars. The Germans were a high-tech force and for a week the defenders were relentlessly hammered from the skies by the Luftwaffe and pursued across Crete by some of the most accomplished and best equipped forces Hitler could muster. Juxtaposed against this modern force were the defenders, a bunch of British, recent evacuees (mainly ANZACs) from the fall of Greece and locals. Starved of technology and arms, they used any equipment they could lay their hands on including knives, blunderbusses and bayonets.

Bayonets were to feature highly in the battles on Crete. Ever since WWI there were debates about the utility of bayonets in battles dominated by artillery, machine guns and tanks. Certainly, they were no use against those weapons, but it was argued, the fact of hard training with bayonets set up a conditioned response in the men. Dr Monteath proposed that the order to ‘fix bayonets’ brought with it a hyperaggressive response to entering into danger at close quarters that was useful even if the bayonets weren’t actually used.

The Germans began their air invasion of Crete on 20 May. Some strategic misunderstandings by commanding general Freyberg meant they gained a foothold on the far western airfield overnight and by the following day were slogging their way eastwards. Everywhere their advance was hard fought and expensive as they found both the terrain and dogged and unforgiving efforts of the defenders.

On the morning of 27 May 1941, men from the Australian 2/7th and 2/8th Battalions and New Zealanders from several battalions, including the fearsome Maori Battalion, were stationed on the Allies’ defensive line – known as 42nd Street after the 42nd Field Engineers. When a unit of German mountain troops approached, training kicked in and the bellowing defenders charged with fixed bayonets. The fight was at close quarters, personal and vicious. By the end of the battle, German bodies were strewn across the battlefield, many with stab wounds. 124 had been killed.

German high command was shocked at the primitive slaughter of their crack troops in Crete in general and in this battle in particular. Suspecting wholesale mutilation, they sent in a team to investigate and raised their concerns with the Allies.

This was not a critical battle. Crete was already lost and evacuations were already underway on the south coast. Never-the-less it was highly symbolic as it showed that it was possible to defeat the thus far unbeaten German forces. To reinforce German lack of invincibility it was won on the same day the German battleship Bismarck was sunk.

During the presentation Dr Monteath drew on a small part of the store of recollections and records of Australian, New Zealand, British and German soldiers and local Cretans used in his book to reveal the truth behind one of the bloodiest battles of the Second World War. The full story can be found in his book. 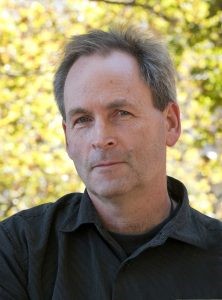 Peter Monteath is a Professor of History at Flinders University in Adelaide, Australia. He was born and grew up in Brisbane before attending the University of Queensland, Siegen University (Federal Republic of Germany) and Griffith University.

Currently he teaches modern European history and writes about various aspects of European and Australian history, with a particular interest in things German.

For more detail on this book and where to buy it.

Battle on 42nd Street: War in Crete and the Anzacs’ bloody last stand