Building the Great Ocean Road: did a member of your family work on it?

MHHV > Articles > World War One to 1939 > Building the Great Ocean Road: did a member of your family work on it?

The year 2007 saw the 75th Anniversary of the opening of the Great Ocean Road, and marked with many celebrations as befitted this iconic road running along the coast of Victoria west of Geelong. Many speeches were given, as were thanks to the ex-servicemen and others whose toil, sweat, blisters, hardships, heat, cold and adversity resulted in such an astonishing memorial to those who fought for Australia during World War One. 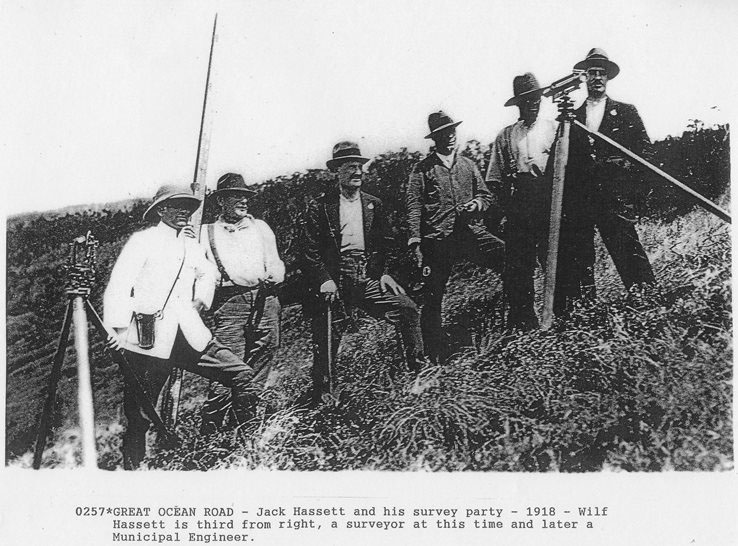 Commenced in August 1919, the 400 kilometre stretch of road from Lorne in the east, to Allansford in the west, it was not until 29th November 1932 that the road was officially opened by Victoria’s Lieutenant Governor, Sir William Irvine. This had the advantage of opening up a vast coastal area so that farmers were more able to get their produce to market. Timber mills could more easily get sawn timber to the markets in Melbourne where it was desperately needed as the population grew. Previously they had to rely on coastal steamers plying the coast. Inland tracks were only passable during the summer months and with great difficulty; indeed most travel was confined to horseback.

During the intervening years some 2,400 ex-servicemen and 600 civilians laboured on this massive project, initially earning 10 shillings and sixpence a day in sustenance payments. Shortened to “susso” this was the forerunner of the “dole” as we know it today. Many other projects in Victoria were undertaken with this scheme. The men lived a life of hardship in tent cities situated along the length of the road; often in wet and boggy areas of the only flat land near the mouths of the various creeks. 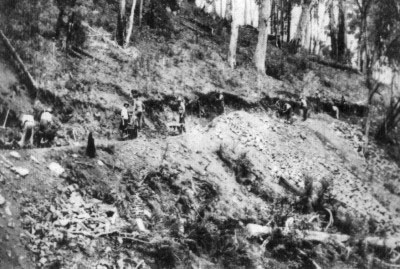 Most records of the Great Ocean Road Trust were destroyed deliberately during World War Two, leaving historians with absolutely no idea who formed to workforce that built the road. Who bent their backs to earn their “susso?” Who built the bridges? Who engineered the roads that hug the hills? Who surveyed the trackless wastes to forge ahead and open up the land to farmers and graziers? Who supplied this army of men with their daily provisions? The Salvation Army was of course there to support the men as they had in wartime, but who else supplied pastoral and other care? Who supplied the nursing that injured men might need? Who provided the entertainment in the camps at night, as men parted from their loved ones yet again, sought relaxation and succour?

Was your grandfather, father, uncle, or brother, a worker on the road? Did an aunt, great grandmother, mother, or sister assist with the feeding, cooking and other care for these men? 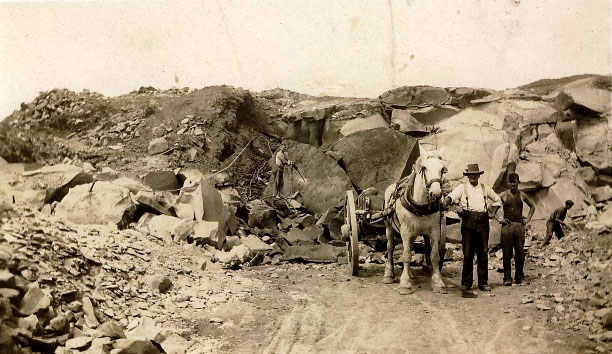 The Portland Family History Group is currently attempting to compile as complete a list as is humanly possible of those who had a connection with the road. We would appreciate any and all information about your relatives or friends that you may be able to supply, like names, age, where from, service in the armed forces, how long employed on the road, what job they had, which camp they were allocated to, copies of photos, or other memorabilia, written anecdotes or other stories, how they coped with the work, in fact even the smallest piece of information would be of assistance in collating a list so that we can keep a small biography on all the names before this important knowledge is lost to all of us forever.

The Portland Family History Group can be contacted on 03-55222266, or historyhouse@glenelg.vic.gov.au, or PO Box 409, Portland. Or I can be contacted directly at ij.grant@bigpond.com or 55234550. Please be assured that every care will be taken to ensure the list as complete as possible. Please pass this on to any others persons or organisations who may be able to assist.