Warren Perry was of an era wherein he shared his Long March of Everyman with the outstanding figures of Australia’s military heritage. Born on 28 January 1909 at Brighton-le-Sands, Sydney, he was a boy during the Great War; a teenager during the Great Depression; Union Bank clerk, Militia Gunner officer and an evening student at the University of Sydney during the 1930s. There were in his time Monash at the height of his military and civilian career; Bean and Butler, Australia’s eminent military historians of the Great War; and Treloar, the foundation director of the Australian War Memorial. He immersed himself in the works of the great British military thinkers of the late 19th/early 20th Century, men such as Spenser-Wilkinson, Fuller and Swinton and his bible was Hamley’s Operations of War. 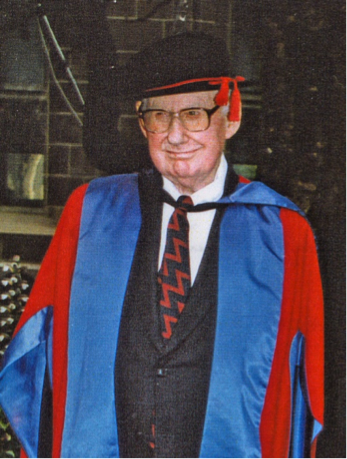 Having graduated BEc, Perry served during World War 11, initially as adjutant 102nd Tank Attack Regiment, then 20th Field Regiment prior to his secondment to the AIF in August 1942. There followed staff captain appointments on HQ Second Australian Army and HQ New Guinea Force and, as a major, as Deputy Assistant Adjutant General, 4th Australian Base Sub-Area and later HQ Second Australian Army. Demobilised in 1946 with the rank of major, Perry resumed briefly his employment with the Union Bank before joining the Commonwealth Public Service and appointments as archivist Australian War Memorial, with the Joint Intelligence Bureau, the Australian Security Intelligence Organisation, and Labour and National Service.
Perry’s pre-eminence as an historian was based on his meticulous research, his extraordinary memory and pain staking efforts to ensure accuracy and depth in his writings. The first strokes of his personal contribution to the canvas of Australian military literature were those represented in his article ‘The nature and significance of discipline’, published in December 1941 in the Australian Quarterly.
There followed four books, the Centennial Histories of the Science Museum of Victoria [1972] and the Naval and Military Club [1981], the History of the School of Mines and Industries Ballarat [1984], and the Biography of Professor R H Samuel [1997]. Perry’s special interests in Sir John Monash and those Australian officers who attained field rank were expressed in some 85 articles published in a range of military journals, with a further 10 contributions to the Australian Dictionary of Biography.
Not only did Perry contribute directly as an exemplar to the fashioning of the rich tapestry of Australia’ military heritage he went to extraordinary personal lengths to mentor, encourage and assist the many others who sought him out or came to his notice.
Perry’s personal achievements were also realised in a succession of voluntary roles and appointments as the Federal President of the Military Historical Society of Australia; Council member, journal editor, Fellow, Royal Historical Society Victoria; and life member [1929] RUSI, Sydney and member RUSI Victoria.
Perry was awarded the Efficiency Decoration for his services as a Militia Officer; the MBE in 1978 ‘for services to military administration and Victorian history’, and was a recipient of the Centenary Medal.
At 93 years of age Perry was the 47th person to have conferred upon him the highest degree of the Faculty of Arts at the University of Melbourne, the Doctor of Laws (LittD). The degree ‘is awarded after examination of either a substantial body of work over a lengthy period of time or for a seminal work which makes a significant contribution to the body of knowledge in its particular field.’
Dr Warren Perry, died on 7 November 2010, at the RSL’s Vasey House, Bundoora, some 10 weeks short of his 102nd birthday.
Much earlier in his career, Dr Perry paid tribute to Colonel E.G. Keogh, MBE, ED, who had been such an influence on him as a contemporary military historian. Perry’s tribute, titled ‘Goodbye Colonel Keogh’ was published in November/December issue of the Defence Force Journal 1982. Colonel Keogh was the first editor of the Australian Army Journal and he died, coincidentally, on the 9 November 1981 in the Heidelberg Repatriation Hospital.
‘Goodbye Warren Perry’