4th Anniversary of the unveiling of the Lemnos Gallipoli Memorial 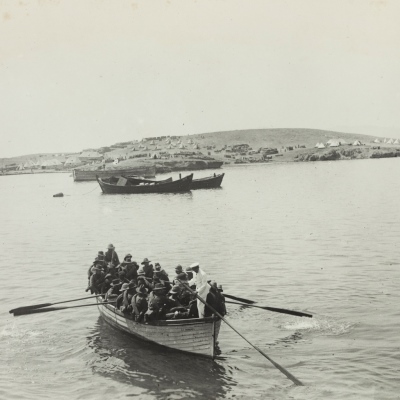 There have been several events at the Lemnos Gallipoli Memorial since the unveiling nearly four years ago.

Last year’s Commemorative Service and wreath-laying ceremony, was very well attended. Since the unveiling, there have been a number of visits by dignitaries including, His Excellency the Former Australian Ambassador to Greece, the Former and current Greek Ambassadors to Australia, the Consul-General of Greece in Melbourne, several descendants and the Deputy Chief of the Hellenic National Defence General Staff and Deputy Director of the Public Relations Directorate who visited Melbourne. This was the first visit by representatives of the Hellenic Armed Forces to our Memorial. School groups, representatives of community organizations and international correspondents have also visited the Memorial.

During one of these visits, Councillor Bernadene Voss, the then Mayor of the City of Port Phillip announced the formal naming of the Reserve, on which our Memorial is located, “Lemnos Square”.

You will recall that this bronze Memorial, of a nurse protecting a weary soldier, was sculpted by renowned artist Peter Corlett OAM. It recognizes the important role of the Greek island of Lemnos in Australia’s ANZAC story and is dedicated to the Australian nurses and soldiers who served there during the Gallipoli Campaign in 1915; to the 148 Australian soldiers who remain buried there; and to the local community who supported them.

As in previous years, there will be a keynote address, a wreath-laying ceremony, a piper, a commemorative service, readings from diaries of the Australian soldiers who were on Lemnos in 1915/16, the reciting of the Ode and of course both the Australian and Greek National Anthems will be performed by the Royal Navy Band.

We would be delighted if you could attend this important event.

Could you please RSVP at leetarlamis@hotmail.com to advise me of your attendance by Friday 26 July 2019.