Aftermath: Australia after the Great War. 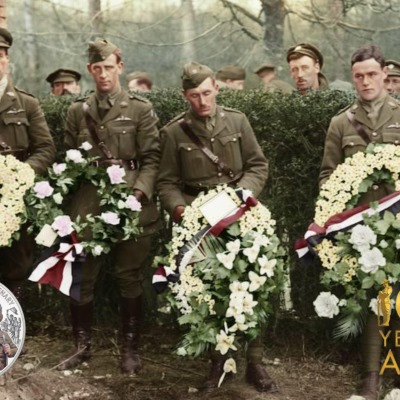 When the last shots were fired on 11th November, 1918 and the Great War came to an end it was of course not the end.

The consequences and the fallout from the four years of unprecedented carnage were only beginning; the effects on the nations and the people of the world would play out over many years to come. Empires crumbled, national boundaries were re-drawn and in international affairs the seeds of the next global conflict were being sown. These broad-scale effects were being seen in Australia but we were also affected significantly at a personal level. So many young men were killed or seriously disabled that there would not have been a family in Australia who was not affected in some way by this nation-wide bereavement.

On Saturday, 6th April 2019, Military History and Heritage Victoria will hold a conference to explore the effects of the war and its aftermath on Australia at a national level and on the Australian people at a personal level. We will hear papers on the repatriation of the AIF from Europe and the Middle East; the impact on Australia’s relations with the world; the effects on Australian society; the soldier settlement scheme; the work of the Repatriation Commission and the heart-breaking efforts of bereaved families to find information about killed or missing loved ones. All these and other topics will be integrated in a key note address that will draw together all that has affected Australia in the aftermath of the Great War and help us to understand how it has continued to affect us even to the present.

There will be a panel of eminent speakers who are well credentialed in their fields and will bring a high level of interest and authority to the conference deliberations.

Further details and the conference program can be downloaded here.