One of the misnomers of the Great War was that Australia was ‘fighting above its weight.’

In fact, Monash’s 1st AIF was the biggest of 20 Allied Armies on the Western Front; Harry Chauvel’s Desert Mounted Column in the Middle East was 75 per cent Anzac.

If anything, Australia was the weight on the two biggest war fronts in the critical and deciding year of 1918.

This presentation follows the release of his latest book in October 2017.

Roland Perry is a distinguished historian and author of a number of books on Australian military history including Monash: The Outsider Who Won a War and The Australian Light Horse. He won the prestigious Fellowship of Australian Writers National Literary Award for non-fiction (2004) with Monash.

In October 2011 Perry was made a Fellow of Monash University. He was awarded the Medal of the Order of Australia ‚Äòfor service to literature as an author‚Äô in June 2011. Monash University bestowed a Professorship on Roland Perry in October 2012. He is the University‚Äôs first Writer-in-Residence, lecturing PhDs and PhD aspirants on all aspects of writing, and Australian history. 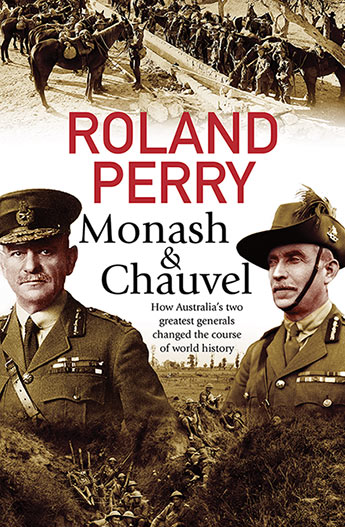