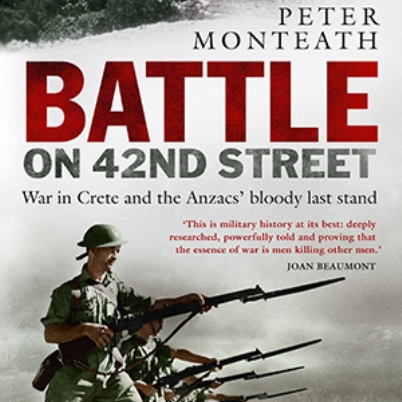 Hear Professor Peter Monteath, historian and author of Battle on 42nd Street, in conversation with Megan Spencer, broadcaster and creator of the podcast ‘From a whisper to a bang!’ as they discuss the campaign in Crete: the most modern and the most ancient of wars.
Presenter: Professor Peter Monteath and Megan Spencer
Date: CANCELLED
Location: Education Centre, Shrine of Remembrance
Cost: $5, free for Shrine Friends 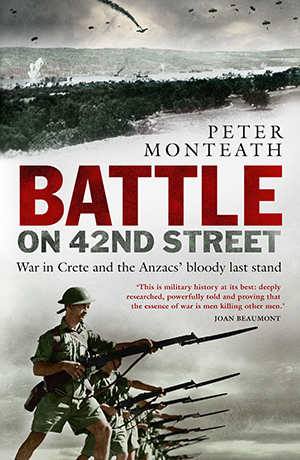 Peter Monteath – Peter Monteath is Professor of History at Flinders University in Adelaide. He was born and grew up in Brisbane before attending the University of Queensland, Siegen University (Federal Republic of Germany) and Griffith University. Currently he teaches modern European history and writes about various aspects of European and Australian history, with a particular interest in things German. His most recent book is Battle on 42nd Street: War in Crete and the Anzacs’ Bloody Last Stand (2019).
Megan Spencer

Megan Spencer is known around Australia for her work as a broadcaster, writer, critic and commentator on triple j, ABC Radio and SBS television, at heart Megan is a storyteller. Megan’s most recent podcast is From a Whisper to A Bang!, an unforgettable and cinematic audio series about wartime remembrance, commissioned by the Australian War Memorial.