Centenary of the Royal Australian Naval College at Osborne House.

The Osborne Park Association Inc with the generous assistance of the RAN and the City of Greater Geelong proudly presents a Centenary event celebrating the foundation of the Royal Australian Naval College, established at Osborne House, Swinburne Street North Geelong in 1913.
On March 2nd at 10.30am the centenary program begins with a parade march comprising a guard contingent from HMAS Cerberus, naval cadets, the RAN Band, plus serving and former Defence members. The march departs from the Vietnam Veterans memorial on the corner of Melbourne Road and Swinburne Street to Osborne House where official proceedings commence with an inspection of cadets by the Chief of Navy Vice Admiral Ray Griggs AO CSC RAN

Vice Admiral Peter Jones AO DSC RAN will deliver an address on the history of the RANC and Commander Australian Fleet Rear Admiral Tim Barrett AM CSC RAN will address the services of Navy personnel. Following presentations, a plaque will be unveiled acknowledging Osborne House as Australia‚Äôs first Royal Australian Naval College.¬† At approximately midday The Tall Ship Enterprise will fire a canon salute from Corio Bay to mark the occasion. An exhibition of historic photographs and information panels will be on display within areas of Osborne House and both the Geelong Maritime Museum and the Vietnam Veterans Museum will be open from 1pm till 4pm Saturday and 10am to 4pm on Sunday March 3rd.

The importance to Australia of the opening of the college at Osborne House on March 1st 1913 is indisputable and it is important we commemorate this centenary of national significance, claiming Geelong‚Äôs rightful place in Navy history

Until 1913, Navy Cadets were sent to England for Officer Training. The fledgling Australian Navy sought to have cadets trained at home so as not to lose their ‚ÄúAustralianness‚Äù but the facility at Jervis Bay in NSW would not be completed for several years. A temporary facility was therefore investigated and Osborne House was selected to become the first Royal Australian Naval College. The first two intakes of Cadet Midshipmen as 13 year old boys [28 in each year] came to Geelong from all over Australia to commence their officer training. They transferred to Jervis Bay in 1915 and subsequently entered WW2. Several officers, such as John Collins, Harry Farncomb, Hector Waller, James Esdaile, Norm Calder and Jack Newman to name but a few, forged stellar careers in the navy and their subsequent endeavours, and are acknowledged as eminent Australians.

This centenary event recognises 100 years of Navy service and sacrifice and marks a significant milestone for both Australia‚Äôs Navy and Geelong‚Äôs history. 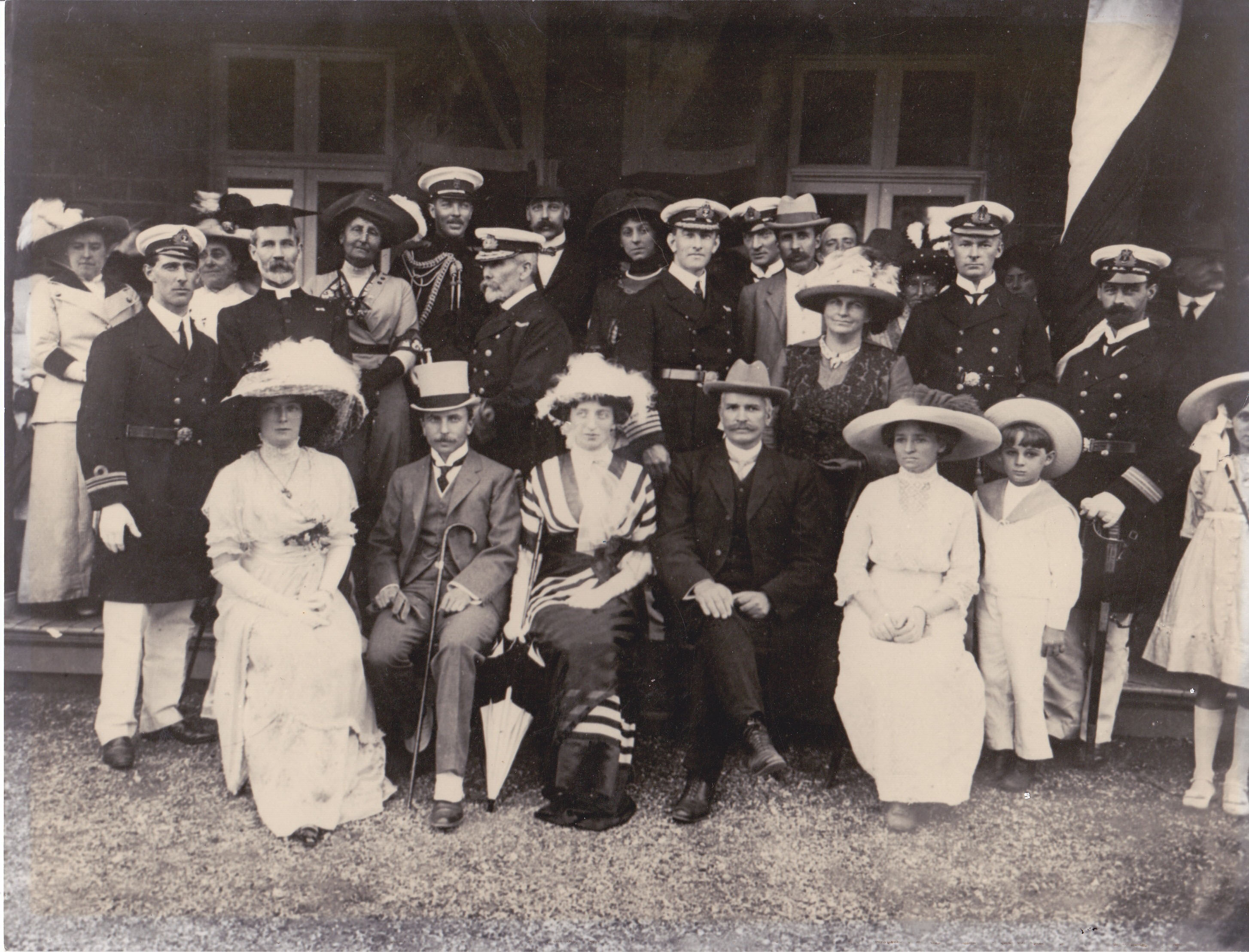