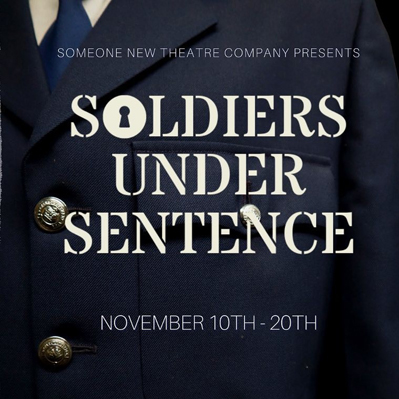 We are thrilled here at the Geelong Gaol to be hosting the outstanding and original new Theatre production: “Solders Under Sentence” by @someonenewtheatrecompany

Right here within the walls where all the action originally took place 77 years ago!
In 1945, 22 young soldiers serving sentences at the Army Detention Barracks here at The Geelong Gaol, dared to make their escape in what would go down as Victoria’s biggest Prisonbreak. Timed to perfection, planned to a tee, even Michael Scofield would be proud —with many of the men never heard from again. The breakout would be described thoughout history as “That fateful night”.
Come and see why for yourself.
Written and Directed by our very own Ryan O’Connor, who guides our Ghost Tours as Army Detention Barracks Captain Souter, we are so excited to be bringing another amazing performance to the halls of our amazing Gaol. A true story that has never before been told – until now!
Don’t miss your chance to experience the action.
November 10th-November 20th
Tickets through trybooking.com/CBZHM 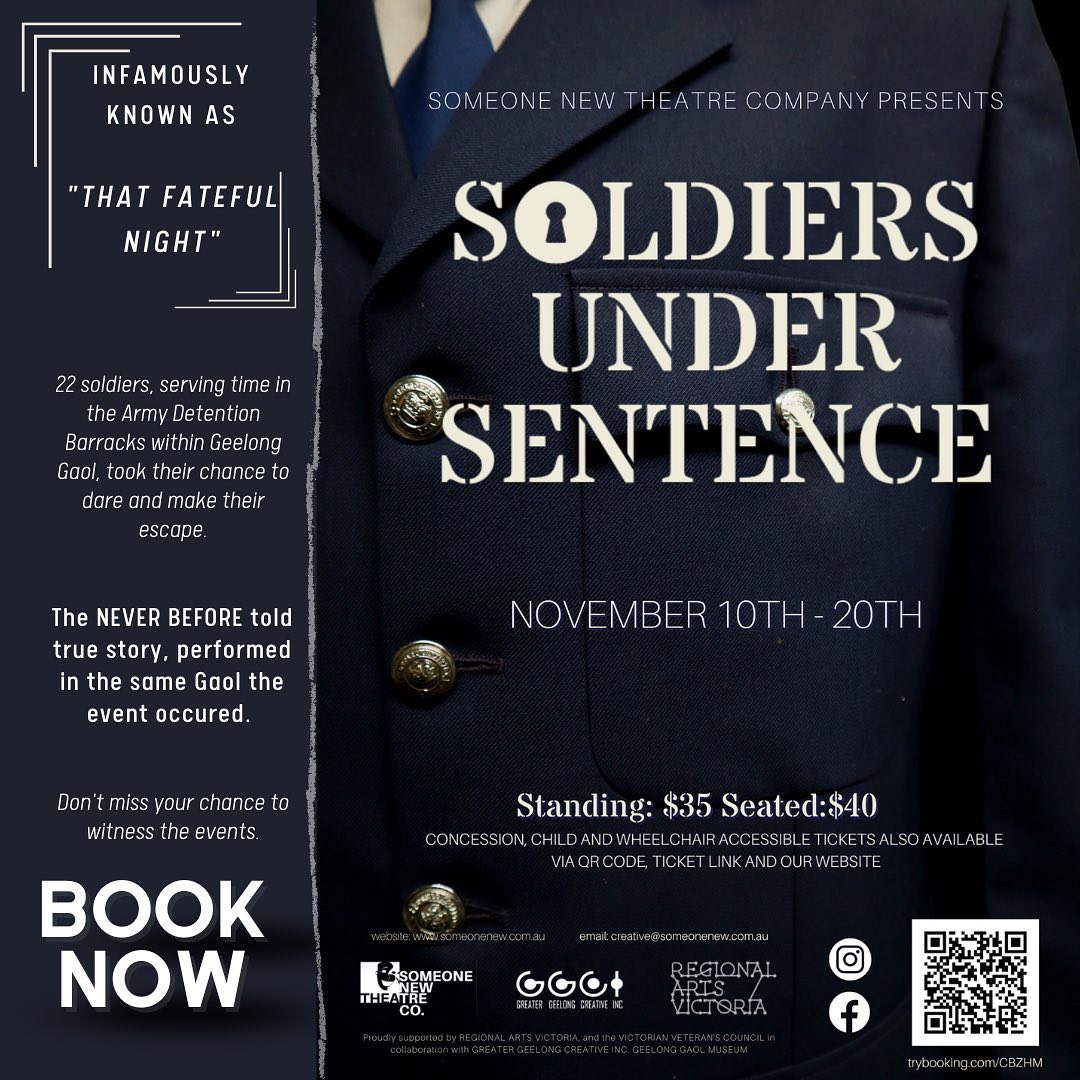 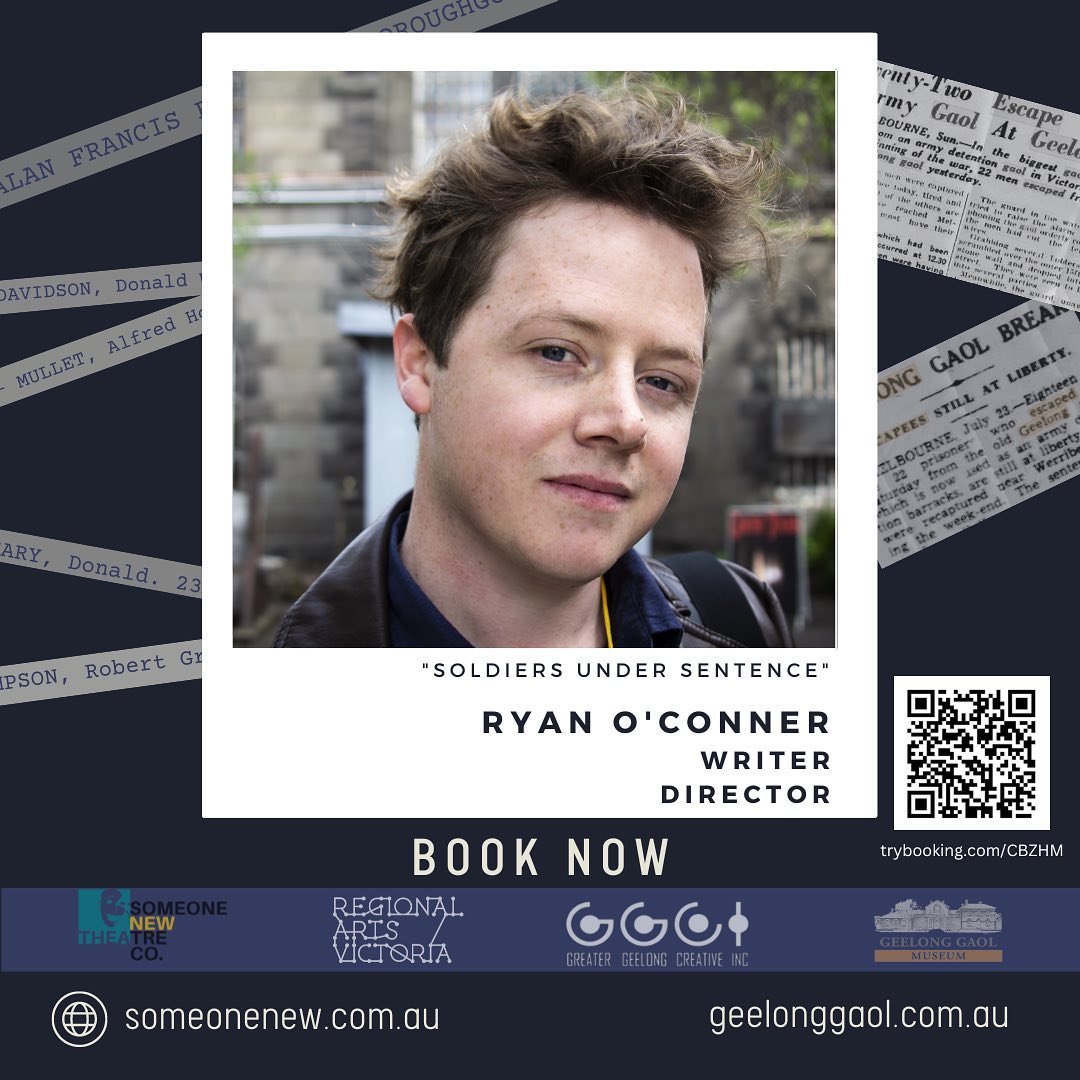