The Military History and Heritage Victoria Exhibition Fear God and Honour the King: HMAS Melbourne 1913-1928 was opened on 26 March at the Royal Historical Society of Victoria, 100 years to the day since HMAS Melbourne entered Port Phillip Bay as Australia’s first light cruiser.  The Exhibition was attended by more than 80 members of MHHV and RHSV as well as descendants of crew members and official guests.

The Exhibition was then formally opened by CAPT Michael Harris, RAN. The Exhibition was of especial significance to CAPT Harris, as he is the great-grandson of the captain of the American schooner Helen B Sterling, whose crew was rescued from the sinking vessel during a cyclone by HMAS Melbourne (I) in 1922, including his great grandfather and mother, and grandfather, at the time a 10 year old boy. CAPT Harris later joined the RAN and was to command HMAS Melbourne III.

In addition to the opening of the Exhibition, the occasion was also the venue for the launch of the companion history, The Forgotten Cruiser: HMAS Melbourne 1913-1928, by Andrew Kilsby and Greg Swinden.  The authors later provided a public lecture on the subject to 60 guests in the RHSV ‘Officers Mess’.

The Exhibition remains open to the end of April 2013.  A one day conference Sailors, Ships and Imperial Defence: the early Australian naval forces to 1922, will be held on Saturday 27 April to complement the Exhibition. 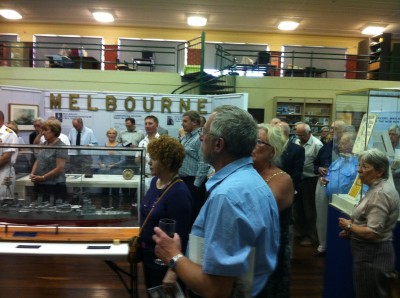 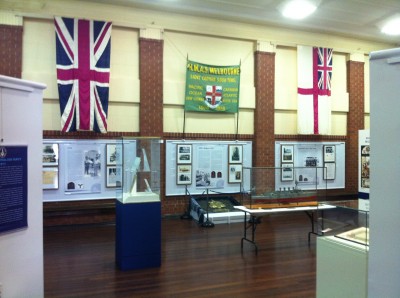