Making the time in between a busy parliamentary schedule, Foreign Minister Bob Carr recently launched the proceedings of the MHHV Conference Australia 1942: In the Shadow of War held in Melbourne in April this year. 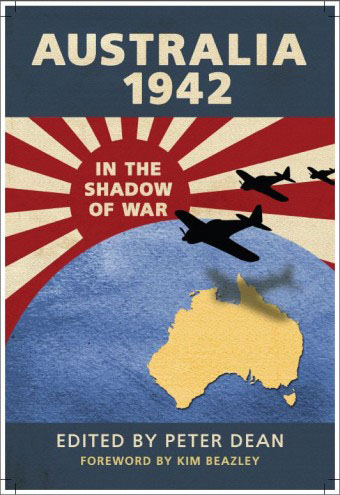 Minister Carr spent several minutes providing his own perspectives on this pivotal year in Australian history to a crowd of nearly fifty people associated with the conference and the project. 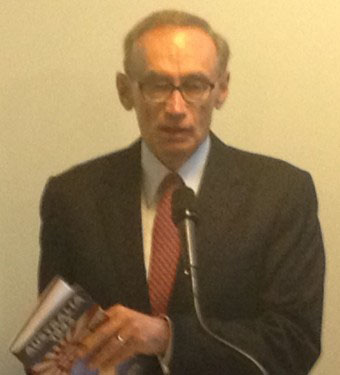 “It’s tremendous that we have managed the have the proceedings professionally published with a few short months of the Conference” said MHHV President Marcus Fielding at the launch. “And we are honoured to have such a high profile personally endorse the product” he added. 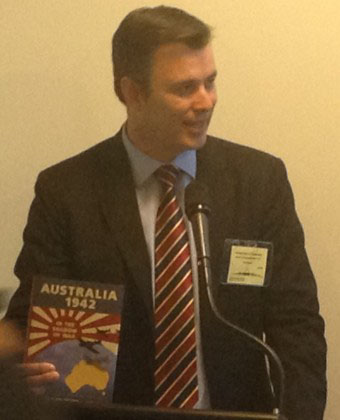 The proceedings were edited by Dr Peter Dean, the Director of Studies at the Strategic and Defence Studies Centre of the Australian National University.
“I think the cover is tremendous and I am very pleased with the publisher’s finished product” said Peter Dean.

The book also contains a foreword from Kim Beasley, a former Minister for Defence and presently Australia’s Ambassador to the United States of America.

Cambridge University Press published the proceedings which contains papers from all of the presenters at the conference. For a full list of contributors from the conference programme, click here.

The book has a RRP of $59.95, but delegates to the MHHV Conference can receive the proceedings at a heavily discounted rate.

The book can be purchased at:
http://www.cambridge.org/aus/catalogue/catalogue.asp?isbn=9781107032279#contributors