This book is both fascinating and peculiar. It is fascinating because it brings to life the Hamel story in a way this reviewer hasn’t seen before. It covers the planning and the men – both those down in the trenches as well as Monash and his staff officers. The prose is lively and interesting. It is particularly interesting in that it deals with the on and off commitment of the Americans to the battle. 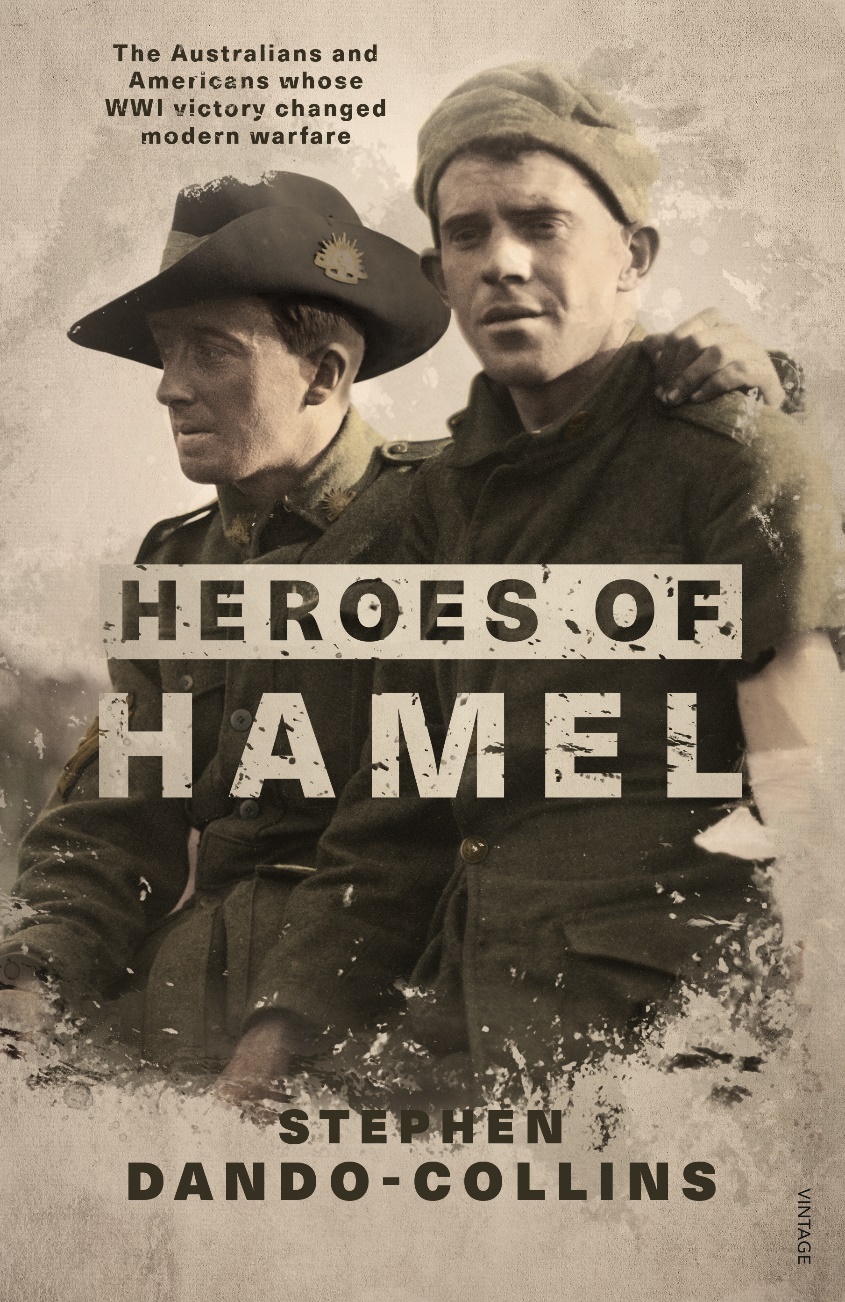 It is in relation to the Americans that the story it is most peculiar. Obviously aimed at American readers, the first few chapters are relentlessly upbeat in the American style of war history.

Apparently, the battle-hardened Australians and green Americans really got on when they are blended in preparation for battle. It could be true, I suppose, but I am sceptical because it is rare for battle-hardened troops to welcome any green troops of their own or any other nationality into their ranks just before battle.

Never mind, I persisted through those chapters and was ultimately rewarded with a rollicking good story.

The author describes how Monash implemented many innovations in this battle. One of the greatest was related to logistics. He used converted tanks to haul heavy materials and airplanes to drop heavy ammunition belts to the machine gunners. Both these saved many porters lives – as this group was the most vulnerable on the battlefield. It also freed up the porters for combat duties. Of particular interest to me was the way in which Monash organised the training the tanks with the infantry and the coordination of air force with the action.

As we all know the battle itself took ninety-three minutes. It is well described with the creeping barrage and the pause lines. The discipline needed to keep to Monash’s exacting schedule was a bit much for some of the Americans who, in their inexperienced eagerness, rushed on and got blown up in the barrage.

The battle to take Hamel was a tightly choreographed set-piece and as such, there was little scope for individual action. The book becomes most interesting after the ninety-three minutes of battle when individual soldier initiatives come to the fore. The action in the narrative follows several soldiers that were to win medals. A small number Diggers set both the pace and tactics by ranging out beyond their lines to capture various German machine gun and mortar positions. These unplanned incursions were mimicked effectively by some Americans.

The back third of the book explains how the lessons of Hamel were applied in the battles from the 8th of August beginning at Amiens. While not as closely orchestrated as the Battle for Hamel it was still a mass action affair so the front-line heroes from Hamel are not so prominent. Consequently, the narrative is a more conventional high level tactical description.

The Americans weren’t involved with Monash again until the final battles of the war to take the Hindenburg line. Monash had a large contingent of Americans under his command. Against specific orders from Monash, they again proved themselves so disastrously eager to get at the enemy that they took heavy casualties by rushing forward behind the creeping barrage and not “mopping up” the trenches they passed. Many Doughboys were cut down by Germans who popped up unscathed from their trenches to attack the Americans from behind. The Diggers had to rescue the Doughboys and the speed of the advance slowed.

Few Americans know that their forces came under Monash during these seminal actions. General Pershing, the American high commander, had not wanted Americans in the Battle of Hamel and the later battles but was ‘tricked’ by his commanders. He was so angry that his men fought under ‘British’ command against his explicit orders that he hardly made any references to these battles in his memoirs. For all that there were plenty of medals earned by the Americans from the Medal of Honor down. They also earned some British Medals.

The book ends with some interesting post war vignettes of the decorated heroes of Hamel.