A recent visit to this charming island showed just how obsessed Hitler was with it and how breathtakingly illogical his obsession was. Jersey has an odd place in Second World War history – it was one of the most heavily defended of Hitler’s conquests, yet is one of the least important places with no strategic value. It was never in any danger of being fought over.

Tucked below Cherbourg just 23 km from France, Jersey, like all the Channel Islands, is incredibly vulnerable to attack from an enemy in France. The British knew this and abandoned the island as soon as France fell to the Germans. Given only a day’s notice, half the population registered for evacuation but only 6,600 of the 50,000 residents were evacuated.

The Germans arrived on June 1, 1940 with a small force which they built up to 1,700 soldiers by the end of the year. This should have been enough to hold such a small a non-strategic asset with a captive population. The worst the occupiers could expect was some mischief from the locals while preventing the island from being used as a base for small scale attacks on France by the British.

Hitler had other ideas. By the time the war ended there were 11,500 Germans resident on the island. This was an incredible ratio of one German soldier for every four islanders plus at least 4,000 slave labourers. Limited imports and the usual heavy handed German administration led to great privation of the local population.

Shortly after the Allies D-day landings of June 6, 1944 on the Normandy beaches, the island was cut off from German supply. Considering the island as not worth fighting for, the Allies bypassed it in their race to defeat the enemy on mainland Europe. Thus, the hostile German occupiers and the locals were marooned together until the day after the war finished when the British ‘invaded’ without a shot being fired. During that time the Germans and locals all suffered privation. This article is not really about the privation of the locals or the excesses of the Nazi occupiers. It is about the bizarrely extreme defences built on the island.

While Hitler’s ‘logic’ was never explained, the locals hypothesise that since Jersey and the other Channel Islands were the only pieces of the Britain Isles the Germans captured, Hitler was hell bent on holding them. Apparently, Hitler wanted Jersey as a holiday destination for his thousand-year Reich. More importantly he wanted the island as a permanent symbol of British defeat in the war: and he was willing to pay high price for any symbolism Jersey offered him.

Despite observing the rapid failure of heavy fixed fortifications when the French Maginot Line was breached by the German Force during the fall of France in 1940, Hitler built an Atlantic Wall to hold any seaborne invasion at bay. This 2,700km ‘impregnable’ set of fortifications ran from the North Cape of Norway to the Pyrenees. The D-day invasion breached the Atlantic Wall in a day and proved the example of the Maginot Line correct. Fixed fortifications are next to useless in modern warfare. An additional corollary was that, despite Hitler’s belief that Germans were the master race, they were not a special case.

Jersey is only 18 km across. It should not have been even a minor part of Hitler’s ill-conceived Atlantic Wall. Despite having no strategic value and protecting nothing but itself, the defences on Jersey absorbed an unbelievable 8% of the reinforced concrete for the Atlantic Wall despite its circumference making up only 2% of the length. Thus, Jersey was reinforced four times as heavily as the rest of the Atlantic Wall with all the cement and reinforcing steel being shipped from Germany.

Evidence of Hitler’s obsession and defence overkill are everywhere on the island. The curator of the excellent Channel Islands Military Museum reckons there are around 500 bunkers, pillboxes and other fortifications on the island.

The largest concentration of about a hundred structures is on the 9km west coast where the most suitable beaches for invasion are located. This concentration begins with a stark observation post near the Le Corbiere lighthouse on the south west corner of the island, now converted to upmarket holiday accommodation. This tower kept watch for enemy Spitfires, Mosquitos and Lancaster bombers that never came as well as an imagined flotilla of submarines, frigates, battleships and landing craft of an invasion force. 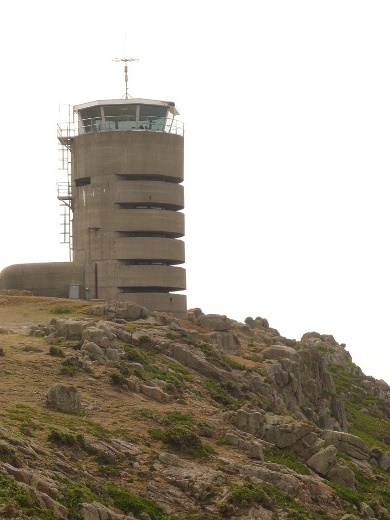 The densest system bunkers and pillboxes on the island comprising a dozen interlinked defences flanks the Le Corbiere lighthouse. 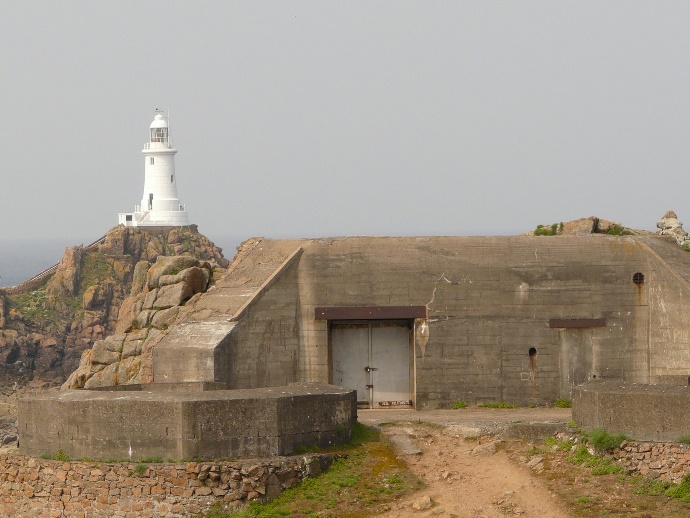 Running north to protect the whole 9km west coast beach is a chunky three metre high sea wall built to prevent Sherman tanks and and infantry storming up the beaches during an invasion. The locals are now grateful for this magnificent piece of erosion protection. 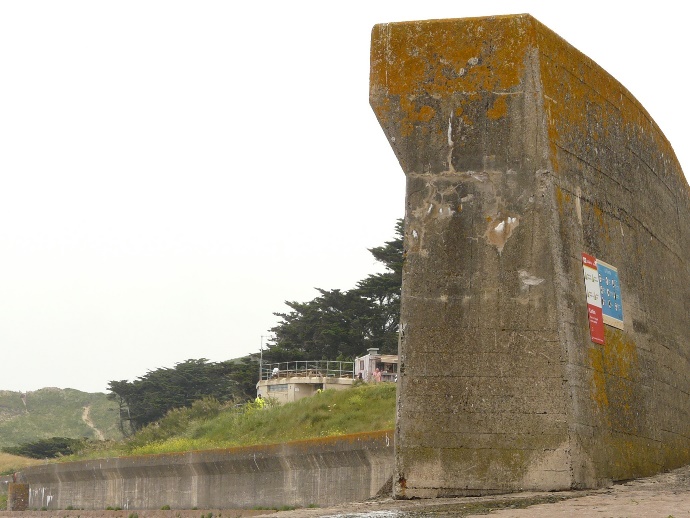 Sitting behind and atop the sea wall are various machine gun, mortar and artillery emplacements. These would have been supported by infantry and Panzers – none of which fired a shot in anger in defence of Jersey. The Union Jack flying in the background marks the entrance to the excellent Channel Islands Military Museum. It is worth a visit – in addition to a dense display of life under German occupation and assorted military kit, it also houses an enigma machine. 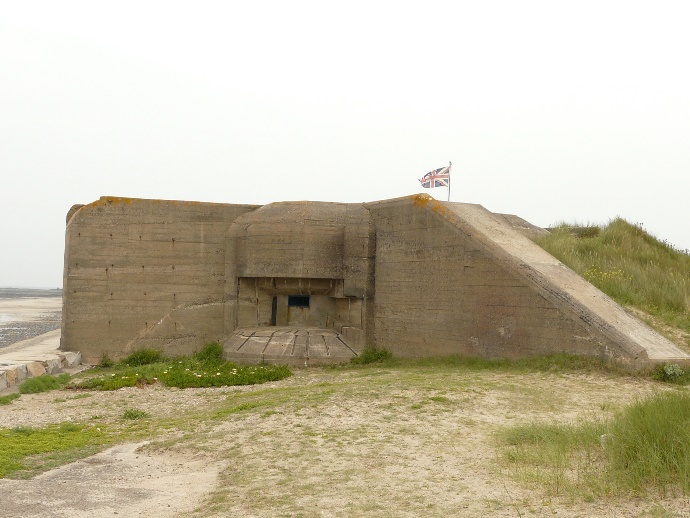 This huge fortification system guards one of the few small isolated bays on the east side of the island. 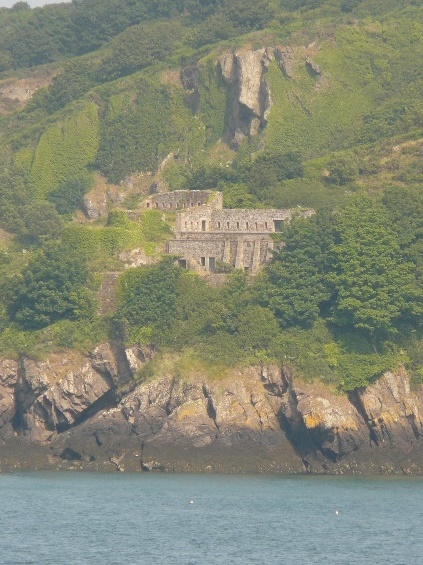 The largest construction is the Jersey War Tunnels originally built to house munitions and later a hospital that was never used. Slave labour excavated 14,000 tons of granite and the tunnel lined with 4,000 tons of concrete. 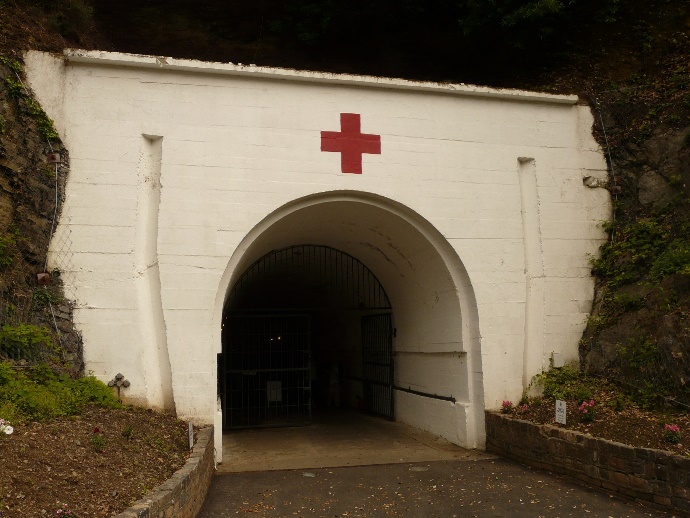 Most of the defence system are too big to remove and not of much use. This bunker has been converted into a lobster restaurant. 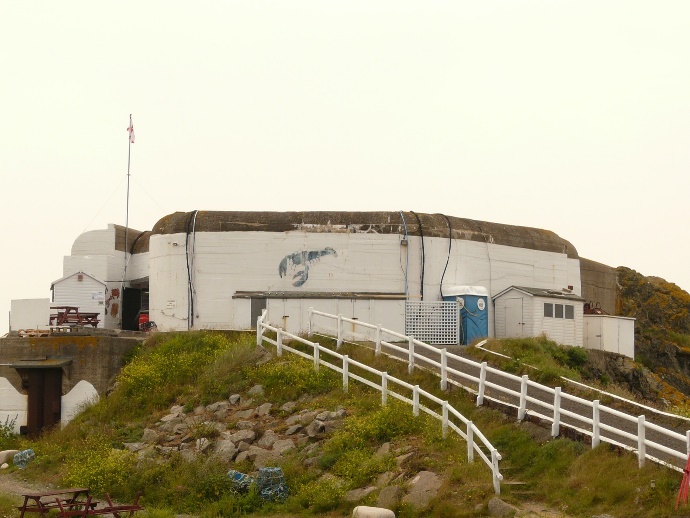 Jersey is well worth a visit. In addition to the charm of an old resort island it now has an overlay of wealth that its tax haven status has sucked in. Its unorthodox war history adds considerable interest.