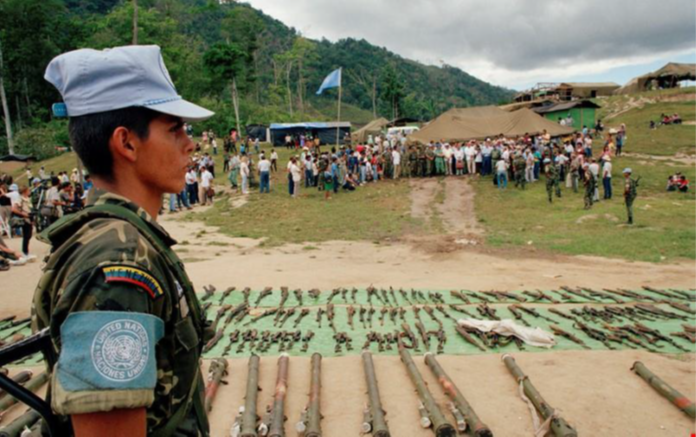 It draws on the direct experience of soldiers and specialist academics (some of whom have been both) who in each case have also been policy advisers on fighting and ending wars.
The conference is constructed around a series of themes, released as six separate recordings, plus Concluding Remarks, covering:

Theme 1 – Wars: How They Start and How They Can Be Understood
Why wars start and how they can be understood is fundamental to understanding how they might end. Sir Hew Strachan discusses why wars happen and how these previously identifiable reasons have changed over time. Roger Noble examines the character of modern war and the components of an effective strategy to end it. He cites the campaign to defeat ISIS in Iraq and Syria as a case study. Rob Johnson discusses the typology of war, and how despite the existence of new actors, contexts, technologies, drivers, etc. power still remains the unifying element.

Theme 2 – What Sustains Wars and Makes Them Difficult To End
Once wars start, understanding what keeps them going is critical to how to end them. Vanessa Johanson examines why there’s very little prospect of peace in Myanmar: multiple armed groups with different agendas; huge vested interest within the Army; and external influence, especially from China. Peter Bartu works towards a theory as to why wars don’t end in the Middle East, with particular focus on the Israel-Palestine conflict. He primarily discusses the application and utility of force in terms of military power and ultimatums, the business of war, and its impacts on policy. Anna Samson discusses humanitarian intervention and how America’s national narratives built to justify strategy can limit the options for ending conflict.

Theme 3 – The Impact, for Good or Bad, of External Intervention
The third theme focuses on the role of external intervention in ending wars, including as a belligerent partner in war, as a peace making or peace keeping force, and as a mediator between warring parties. Charles Hunt and Adam Day discuss the peacekeeping efforts of the United Nations since the end of the Cold War, drawing on cases of Mali, South Sudan, and the Central African Republic to examine the organisation’s changing role in ending civil wars. Alia Brahimi discusses the growth of mercenaryism and the very negative effect that mercenaries have had in current the Libyan war, funded principally by Russia, Turkey and the UAE, each for their own narrow strategic interests. John Blaxland reflects on the Australian experience of how wars end, with a particular focus on Australia’s operations closer to home, such as Bougainville and Timor Leste, ultimately asking if external military solutions were necessary to end these conflicts and if military solutions are relevant today.

Theme 4 – Ripeness and Right Conditions
The fourth theme addresses the issue of ‘ripeness’ and the right conditions for ending wars. Bill Zartman examines negotiations, focusing on a number of negotiations that were successful in ending wars as well as some negotiations that failed. Hugh White discusses a hypothetical war between China and the United States and how a war between these great powers would inherently be difficult to end. White aims to show how a war might end and what factors would bear on their respective decisions in the process.

Theme 5 – Modalities for Ending Conflict and Creating Peace
The fifth theme addresses the modalities for ending wars and creating peace. Jasmine Westendorf considers the implications of women’s exclusion for the nature and durability of peace processes, with the Sudan-South Sudan peace process that produced the 2005 Comprehensive Peace Agreement as an initial case study. William Maley argues that the image of wars with neat beginnings and endings is not useful in making sense of how to end modern conflicts. Moreover, he argues that the quest for ‘negotiated peace’ can run the risk of producing the exact opposite outcome. Janne Taalas discusses the role of mediation in conflict resolution, with particular reference to the successful role of Crisis Management Initiative in such processes.

Theme 6 – Transitions to Peace, including Transitional Justice
The sixth theme focuses on transitions to peace and what is required to help make those transitions successful. Wendy Lambourne acknowledges that peace isn’t merely the conclusion of direct violence of war and asks how the transition from war to peace is linked to the pursuit of transitional justice. Case studies considered include Cambodia, Rwanda, Burundi, Sierra Leone, Timor Leste and Colombia. Marcus Fielding shares his perceptions of events and personal anecdotes from inflection points in four conflicts: the Mujahideen takeover of Afghanistan in April 1992, the US-led intervention in Haiti in 1994, the Australian-led intervention in East Timor in 1999, and the withdrawal of coalition forces from Iraq in late 2009. David Kilcullen examines endgame dynamics in civil wars, using the end of the Afghanistan war, or at least the end of the West’s involvement in the Afghanistan War, as a case study.

Concluding Remarks: Takeaways for Policy Makers
Professor Allan Gyngell AO FAIIA, National President, Australian Institute of International Affairs and Professor Sara Davies, Griffith University and co-editor of the Australian Journal of International Affairs, reflect on the important issues raised by the speakers across all six themes and draw conclusions that will be useful for policy makers, both at home and abroad.

AIIA Victoria gratefully acknowledges the Walter Mangold Trust Fund in generously supporting this project. This meets the AIIA’s mission ‘…to promote the exchange of information, knowledge and thought in international affairs, and the understanding … of nations and peoples’ and Walter Mangold’s aim of ‘…better understanding between peoples of the world and consequently lessening of conflict …’.

Conference Organisers
Professor Damien Kingsbury holds a Personal Chair and is Professor of International Politics at Deakin University. He has coordinated several international election observer missions, and has been adviser to several separatist organisations, helping broker peace agreements in three cases. He is the author or editor of more than two dozen books on regional political and security issues.
Richard Iron CMG OBE is the President of AIIA Victoria. He served for 37 years in the British Army in a wide range of theatres and was a visiting fellow to the Changing Character of War Programme at the University of Oxford. He was the lead editor and contributor to British Generals in Blair’s Wars.