In early 1942 the Japanese set their sights on capturing Papua and New Guinea. A series of defensive battles at Milne Bay and along the Kokoda Track, as well as the naval victories in the Coral Sea and at Midway Island put the Japanese on the back foot. Then followed a series of Allied offensive operations that drove the Japanese back and provided the springboard for General Douglas MacArthur’s successful advance into the Netherlands East Indies and the Philippines.

A one day conference held on 16 April 2016 examined this critical period of Australia’s military history. This conference included fresh analysis and insights from a highly informed and relevant range of historians and veterans.

Dr Adrian Thelfall, author of Jungle Warriors: From Tobruk to Kokoda and beyond, how the Australian Army became the world’s most deadly jungle fighting force was the keynote speaker. 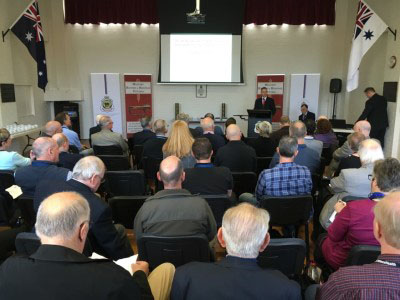 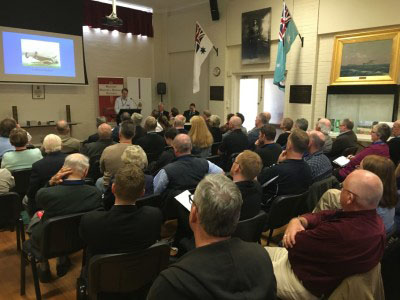 Neil Sharkey and David Howell considered how the campaign is remembered and interpreted.

Most significantly, a panel of three veterans from these battles shared their experiences and perspectives. The veterans were John Akhurst, Wallace Carr and Bill Stewart (pictured right to left below with Daryl Clarke on far right). 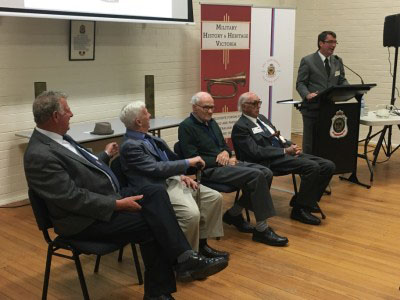 The conference programme is available here.

The Conference sponsors were Kokoda Historical and Big Sky Publishing.