Noel William Hall was born on the 25th November 1913, in Hawthorn, Victoria. His birth date was expected to be on Christmas Day earning him the first name of Noel to lead the more traditional name of William Hall.  Noel was educated at Scotch College, Hawthorn, and followed in his father William’s footsteps by creating a career for himself with the Hawthorn City Council. Initially starting in the Council Rates department Noel worked tirelessly for the City until his retirement in 1978 as a Senior Health Surveyor. 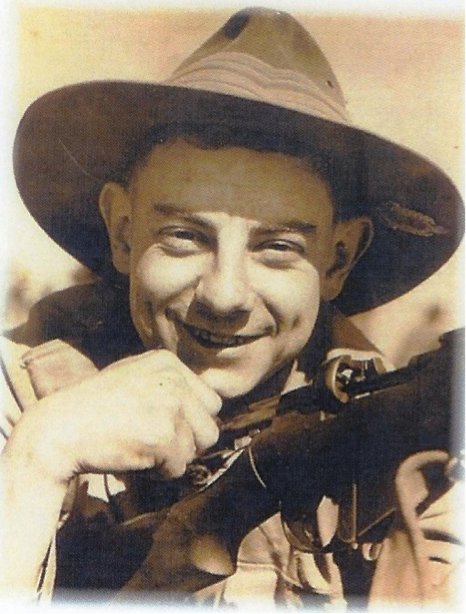 By all accounts his abilities as a thorough and professional, as well as compassionate, City Health Inspector gained Noel high praise and great respect.

In 1928, at the age of 14, due to the Defence Act 1903-1918 which required all boys of 14 years to be registered with their local Army Area, Noel became number 185828. The Hawthorn-Kew Regiment for the young 185828 Noel Hall was the 39th Infantry Battalion.  When 1931 was ending, Noel at 18 was now able to join the regiment as a recruit. He stayed with them right up to the declaration of the Second World War, and as a foundation member volunteered immediately, being commissioned as V40106 Lieutenant Noel Hall of the 39th Australian Infantry Battalion. Noel continued to serve for the life of the battalion.

After training at the Victorian country town of Darley in preparation for war, on 26th December  1941 the 39th was sent by train to Sydney to board HM Troopship Aquitania as part of a convoy to Papua New Guinea. Less than well trained and with an average age under 19, the 39th Battalion may have been looking for leaders. It seems reasonable that many would turn to a man who was the Army’s champion shot in 1939, winning the coveted King’s Medal. His prowess with a rifle remained legendary.

Lt. Noel Hall and two other Lieutenants were selected as gunnery officers for the voyage.  Upon arrival in Port Moresby he was made O/C 15 Platoon, C Company 39th Battalion.  15 Platoon under the command of Lieutenant Hall, had their own significant moment of history amongst so many in the PNG Campaign. The Australian War Memorial describes the moment following, including quoting the company’s O/C:
‘The first Zero to be shot down was that of Pilot Officer First Class Katsuro Nagatomo of the Rabaul based 4th Air Group Fighter Squadron which strafed and sunk four Catalinas of 11 and 20 Squadrons RAAF as they were being prepared for a mission to Rabaul on 28 February 1942. The attack killed 27601 Leading Aircraftman Roderick ‘George’ Nancarrow, whose body has never been found.’

‘Nagatomo was brought down over Bootless Inlet by members of C Company, 39 Battalion who were manning a group of Lewis guns on the headland, commanded by Lieutenant Noel Hall, who relates that a short burst fired at the last Zero ‘penetrated the aircraft, hit its radio, fractured the fuel tank, shot the pilot through the calf of the leg and disabled the aircraft because it banked to the left, then to the right, then climbed very steeply and began to smoke.’
‘… The pilot bailed out and the plane crashed into Bootless Bay. The other Zeros flew past to see what had happened and, apparently thinking that the aircraft had developed some mechanical fault, went on their way without any retaliatory action.’

‘The aircraft was recovered and assessed while Nagatomo was rescued in a badly burned state, taken to the Port Moresby hospital and later flown to Base Hospital, Laverton, where he made a good recovery. After assisting Intelligence with language matters at the Combined Services Detailed Interrogation Centre until mid 1943, Nagatomo insisted on being treated like all other prisoners and was transferred to Cowra POW camp, where he was among those instrumental in planning and inciting the mass breakout. He was shot in the escape, died of his wounds and is buried at Cowra.”
A native canoe team gathered the terribly injured Nagatomo from the water and brought him to Noel. Nagatomo was bloodied, burnt and without much in the way of comfort. The pain must have been evident. Lt. Hall opened his own kit bag, grabbed one of his favourite ‘civvie’ pure cotton shirts, purchased at Henry Buck’s prestigious outlet, and gave it to the injured pilot to wear. In recent years, Noel was astounded to be contacted by Pilot Officer Katsuro Nagatomo’s sister who conveyed her long-remembered thanks for the gift of his shirt.

By August 1942 malaria had Noel sent back to Ballarat, Australia to the 107th Australian Convalescent Depot. Improvements in his health saw him sent for studies in Administration and Quartermaster duties to the Queenscliff Staff College. After studies he returned as Adjutant to the 107th where he served until it was wound up in 1945.  1942 had been a big year for Noel, even with so much going on in Army life he managed to fit in the greatest day of his life. Marriage to Erica was to see them together for 66 years with 2 daughters, 5 grandchildren and 11 great grandchildren.  From 1945 there were other Adjutant positions of many other units until Noel returned to Hawthorn and joined the 5th Infantry Battalion, Victorian Scottish Regiment (CMF). As O/C HQ Company he continued his army service until 1962 when Major Noel William Hall, ED, was officially placed on the AMF retired list.

At war’s end he was instrumental in forming the 39th Battalion Association where, ably supported by his family, lead by Erica, he became President and then a deserving Life Patron. Noel kept his passion, interest in, and knowledge of, shooting and firearms and was an extraordinarily capable shot. He was selected in five Australian Target Shooting teams of which he was extremely proud. Noel competed in the Running Deer shooting at Melbourne 1956 Olympics and scored 339 points just missing out on a medal. He was also selected for the 1964 Tokyo Olympics but did not attend because there were not enough places in the touring party for everyone. The gentleman that he was suggests that he would have been the first to step down to let another go.

It was his commitment to target shooting as well as his services to veterans that saw Noel awarded the OAM in 1998. The citation simply reads: ‘…for service to veterans and to the community as President of both the 39th Battalion Assoc and Hawthorn Small Bore club as founder of the Vic. Int. Rifle Club and as an executive member of the Antique and Historic Arms Collectors’ Guild of Vic.’ 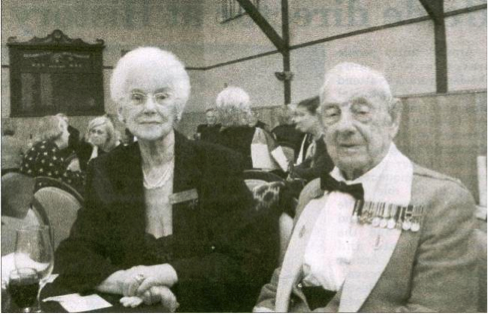 Erica’s passing in February 2009 had been hard for Noel. He told me the house felt too large and too quiet.  Amongst the many elements that make the man, Major Noel William Hall, OAM, ED was:

At the time of his passing Noel was also Australia’s oldest Olympian.
I am proud to have met him and to have had the rare opportunities to chat.
But most of all I am honoured that he remembered my name and would seek me out for those chats.  He will be deeply missed by all who knew him. He was a gentleman in every sense of the word. 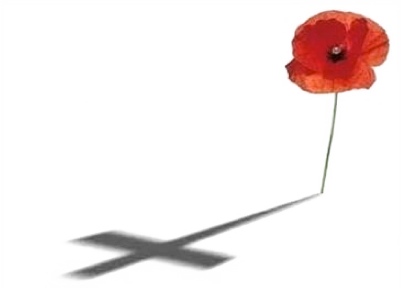 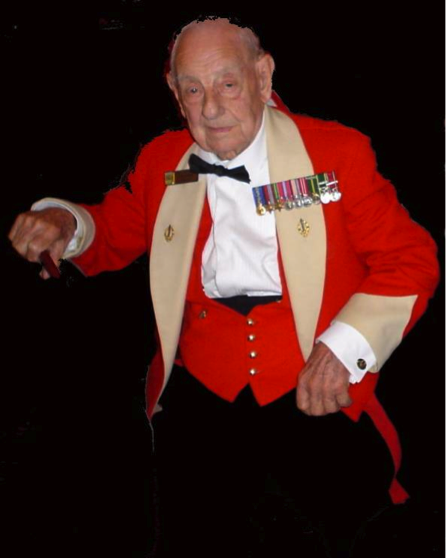