Negotiating tensions – Examining how Australia has gone to war

At first sight, the title of David Horner’s new book, The War Game, is an uncharacteristically flippant reference by a serious historian to a deadly serious business. 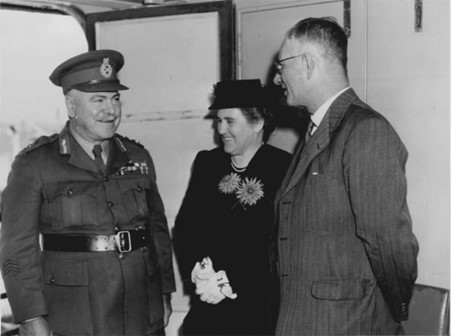 Horner has taken the term from writers such as Jonathan Swift and Horace Walpole, who saw war being treated as a game in the seventeenth and eighteenth centuries. The carnage of the industrial-scale wars of the twentieth century, with their current reverberations in Ukraine, makes the phrase seem almost offensive, as does the frightening prospect of a full-scale war between the United States and China over Taiwan.

The subtitle, ‘Australian war leadership from Gallipoli to Iraq’, is a more accurate guide to the content. On the book’s cover, Peter Stanley says it is ‘essential reading for anyone who wants to understand why Australia has made the decision to go to war – over and over again’. That is what Stanley, and no doubt many other Australians, would like Horner to elucidate, but to a much greater extent The War Game is about how, rather than why, Australia has gone to war nine times in about ninety years.

Horner discusses how Australia’s war leaders – the political decision makers and the military leaders who advise them and implement their decisions – have taken the crucial decisions to go to war, but the greater part of the book is about how those political and military leaders have managed Australia’s commitments. A constant theme is the challenge of negotiating the tension between Australia’s national interests and the demands of its membership of a global coalition, from the days when Australia was part of the British Empire to the more recent commitments as part of the US-led Coalition of the Willing.

The interaction of Australian political and military leaders at the highest level of command is a field on which Horner is unquestionably the pre-eminent authority. The books that established his reputation include Crisis of Command (1978), High Command (1982), The Commanders (1984), and Australian Higher Command in the Vietnam War (1986). His more than thirty books also include biographies of Thomas Blamey and Frederick Shedden, respectively Australia’s most senior general and civilian official during World War II, and John Wilton, the most important military leader in the Vietnam War, as well as a study of the 1939–45 War Cabinet. Over more than forty years, Homer has established a reputation for the breadth and depth of his knowledge and for the accuracy and precision of his writing, as well as for a certain level of restraint in the expression of critical judgements.

To write The War Game Horner might well have done little more than summarise his own research and writing, but he has demonstrably kept up with what many others have written over several decades. He frequently uses quotations from other historians (including this reviewer) or refers to unnamed ‘critics’ in order to express or to imply more severe judgements than are usually found in his earlier books. In this way, Horner pronounces succinctly but authoritatively on many of the great issues of Australian war history, from the lack of consultation over the Gallipoli landing, through John Curtin’s alleged ‘surrender of sovereignty’ to Douglas MacArthur, to the role of Iraq’s supposed weapons of mass destruction in the planning of the 2003 invasion.

While Horner’s knowledge of Australia’s generals is unrivalled, he has relatively little to say about admirals and air marshals, or the Royal Australian Navy (RAN) and Royal Australian Air Force units they commanded. This reflects the fact that Australia’s way of making war, from the 1880s to the present, has usually been to send troops to fight alongside their imperial or coalition partners, with naval or air assets as subsidiary elements, usually operating under British or US command. The major exception was the 1990–91 Gulf War, in which RAN ships conducted maritime interception operations.

Horner applies his detailed and authoritative analysis of Australian war leadership in three chapters on World War I, four chapters on World War II, another four on the Korean War, Malayan Emergency, Indonesian Confrontation, and Vietnam War, one on the Gulf War, and one on the beginning of the Afghanistan and Iraq commitments in the early years of this century. He does not, however, address Australia’s decisions and discussions on strategic and defence policies in the intervening periods. He does not, for example, mention any of the Defence White Papers of the late twentieth and early twenty-first centuries, despite the fact that, for better or worse, they did much to shape the strategic concepts and capabilities with which the war leaders would have to decide whether to go to war, and if so in what way.

Horner’s chapter on the Afghanistan and Iraq commitments, which ended with the debacle of the withdrawal from Kabul on 15 August 2021, covers only the initial commitments in 2001 and 2003. His stated reasons include the lack of a sufficient documentary record. Nevertheless, Horner clearly thinks that the invasion of Iraq was a strategic disaster, albeit one handled with such great dexterity by John Howard that he avoided political repercussions.

Horner concludes with ten lessons about war leadership which he hopes will be ‘a guide for developing an understanding of how the nation and its leaders might face future challenges’. The lessons are unexceptionable. They are that the decision to go to war, with its almost inevitable unintended consequences, is the most important a national leader can make; that the leader’s next decision is to determine the level and nature of the commitment; that the prime minister needs advice not only from senior military leaders but also from senior, preferably experienced, ministers; that the government must have confidence not only in service chiefs at home but in commanders in the field; that the government must ensure that operations are conducted according to its policies, possibly requiring close political supervision of the military; that Australian leaders must gain access to allied strategic decision making; that Australia must have its own diplomatic and intelligence agencies, to whose advice the government must be willing to listen; that the nation’s leaders must handle the domestic politics of the commitment, within their own party as well as with the Opposition; that the government must manage the media; and that all decisions are taken in an atmosphere of uncertainty.

These lessons should all be well understood by Australia’s political and military leaders, and Horner has provided a valuable guide to their historical origins and lasting importance. But perhaps the most immediate relevance of this book is found in his last paragraph where he urges Australians ‘to treat any US plan for war with deep suspicion’, because the US policy process that led to the Iraq invasion was ‘deeply flawed’. This advice can be taken together with his comments on the way in which the skilfully handled involvement in the Gulf War led to the deeply troubling Australian commitments in Afghanistan and Iraq. Australian policy makers must now absorb this advice, and observe Horner’s other lessons, as they try to deter a major conflict between the United States and China without making another ‘surrender of sovereignty’.

Written by Professor Peter Edwards, AM, for the Australian Book review, October 2022, no. 447