The presentation commenced at 6.30pm, after welcome drinks and finger food. The President of MHHV, Col Marcus Fielding, introduced the Professor to an enthusiastic audience of Military Historians. 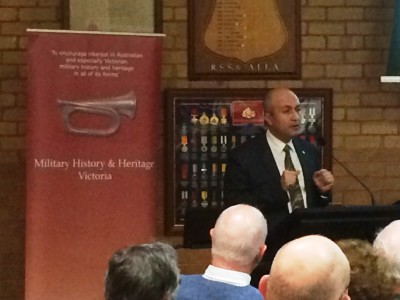 The presentation was a brief summation of Professor Uyer’s book ‘The Ottoman Defence against the Anzac Landing’. The key theme of the book and presentation was to address the imbalance in recording and understanding this significant historical event.

The challenge of the book is to endeavour to clarify the fog and confusion of war and particularly to focus on the key first day at the Gallipoli landing which would become an eight month battle. 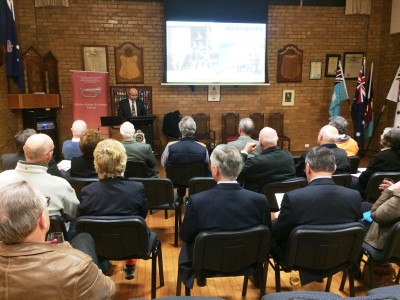 From his detailed research two longstanding myths were shown to be untruths.

The first is the enduring controversy about the presence of Ottoman machine guns; he confirmed that while machine guns positions had been prepared on Ariburnu on 400 Plateau and near Fishermans Hut, the initial pre-dawn landing was not opposed by machine guns.

The presentation was excellent, well researched and presented with never before seen slides. Sufficient time was allowed for questions and these proved to be most interesting due to the Military History knowledge of the very appreciative audience.

A very good night and speaker. Please keep up the program with this quality of speaker.