At a loose end on a recent trip to the Sunshine Coast, I desperately pored over the attractions list containing all the usual suspects (whale watching, zoos and of course shopping and restaurants) for something “blokey” to do. Knowing that much of Australia’s WWII tropical training occurred in Queensland from the Gold Coast, Sunshine Coast through to Far North Queensland, I was hopeful there were some traces remaining. I didn’t find any! Desperate, I asked the resort staff and one remembered the Queensland Air Museum.

The upshot was I hired a car and took a friend, who like me, was itching to find some military history. We drove to a small airfield outside Caloundra, an hour south of Noosa, and entered an unprepossessing office backed by hangers. Inside was a surprise. The staff enthusiastically directed us to their many prize exhibits which turned out to be an impressive display of some 80 old aircraft – of which more than half were ex-military. Most of the aircraft were in hangars so were in great condition.

Pressed to name a favourite aeroplane, the enthusiastic staff nominated the first DC3 in Australia. This plane was given to General Douglas MacArthur when he landed in Darwin in 1942 and was used by him as his personal transport when in Australia.

But the staff were almost equally enthusiastic about their many other planes. Below is a tiny sample of the planes on display. 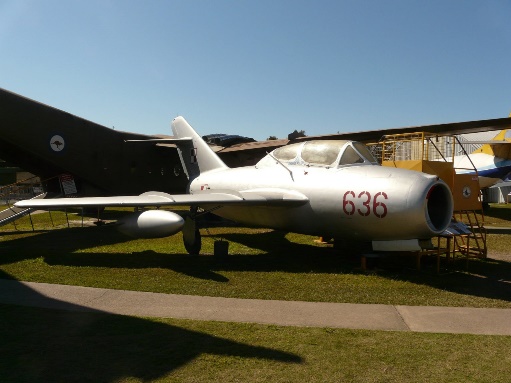 MiG 15: Introduced in 1949, the MiG-15 was one of the first successful jet fighters to incorporate swept wings to achieve high transonic speeds. It is believed be one of the most produced jet aircraft – some 13,000 were built in the USSR and a further 4,000 in foreign production. Some still remain in service with the Korean People’s Army Air Force as an advanced trainer. 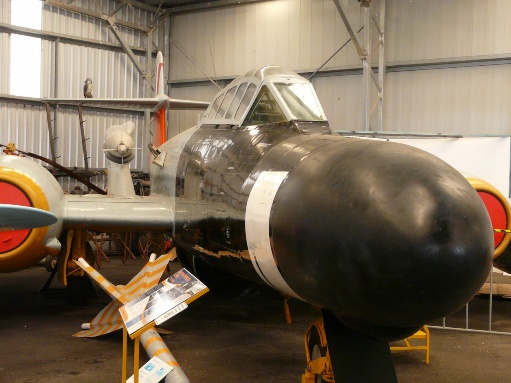 Armstrong Whitworth Meteor night fighter converted to a tug for target practice. The target and winch can be seen above the wing. 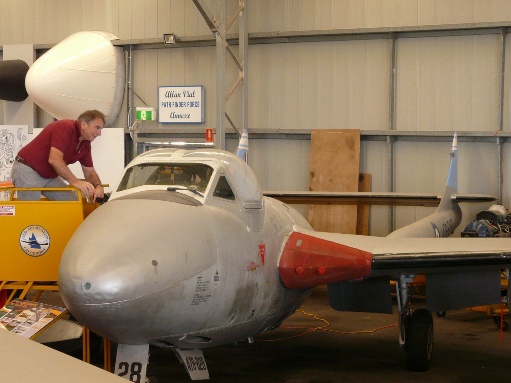 De Havilland Vampire – first flown in 1943 but not used during the war, it had the distinction of being the second jet fighter to be operated by the RAF, after the Gloster Meteor, and the first to be powered by a single jet engine.

Westland Wessex helicopter and a bevy of smaller choppers. The Wessex was introduced in 1961. The RAN purchased 27, the first arriving in 1963. The were used for rescue and troop deployment during the Vietnam War. 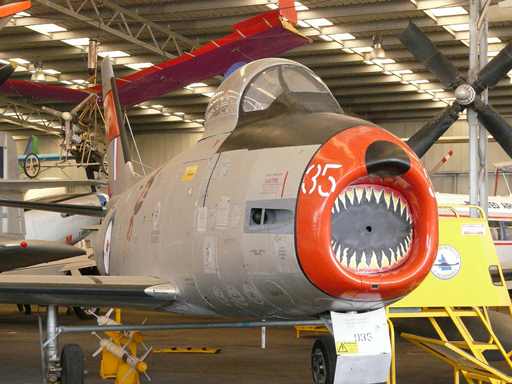 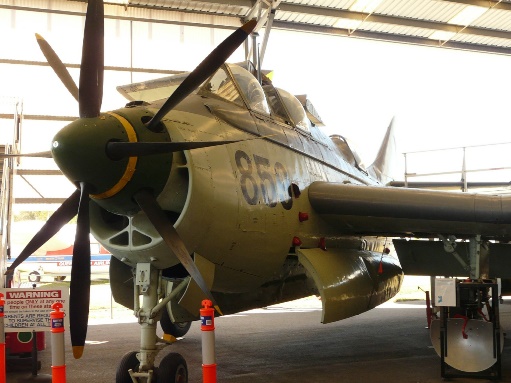 The Fairey Gannet is a British carrier-borne aircraft introduced in 1953. Developed for the Royal Navy’s Fleet Air Arm (FAA) by the Fairey Aviation Company. It was a mid-wing monoplane with a tricycle undercarriage and a crew of three, and a double turboprop engine driving two contra-rotating propellers. The Australian Navy purchased 36. 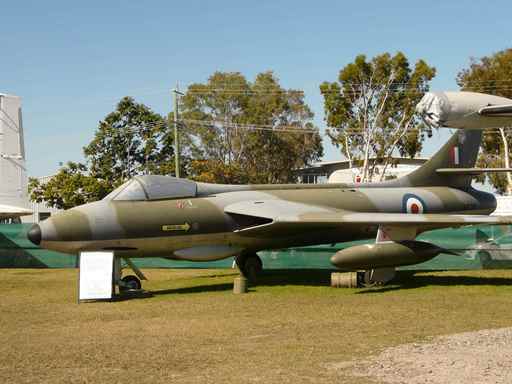 The Hawker Hunter is a transonic British jet-powered fighter aircraft that was developed by Hawker Aircraft for the Royal Air Force (RAF) and came into service in 1954. 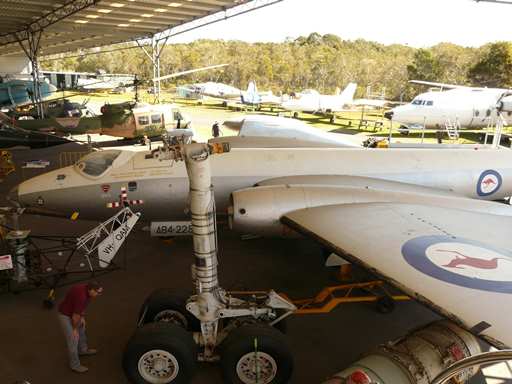 The English Electric Canberra is a British first-generation jet-powered medium bomber. It was manufactured during the 1950s. The Australian Government Aircraft Factories (GAF) locally assembled 48 for the RAAF. In front is the landing gear from a Jumbo Jet.

The displays included some commercial aircraft including old favourite the Fokker Friendship and the Piper Tomahawk. 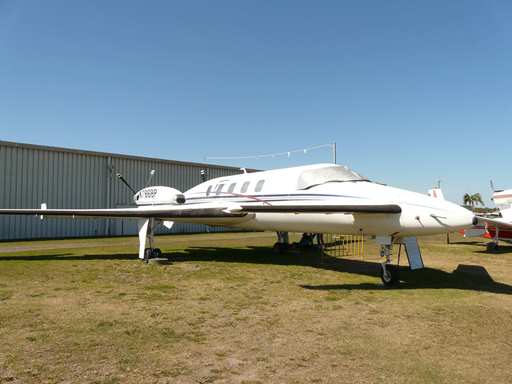 The Beechcraft Starship, with its rear facing engines is amongst the most idiosyncratic of the exhibits. Costing US$4m this twin-turboprop eight-passenger plane began service in 1983. Only 53 were ever built.

If you are around the Sunshine Coast, this museum is well worth a visit.

For more information and pictures of the exhibits see their website.

Brent D. Taylor is a published author with an interest in extreme achievers. His books are: The Outsider’s Edge: The Making of Self-made Billionaires and The Creative Edge: Insights from the Lives of the World’s Most Famous Outsiders. He is currently writing a book about great generals of the European western front of World War II. Brent is a Committee member of the Military History and Heritage Victoria.