At the Pompey Elliott Memorial Hall Wednesday September 19, 2018 to a group of around 25.

Professor Perry told the story of the Stan Savige, subject of his 33rd book, “Anzac Sniper.” Perry considers Stan Savige to be Australia’s most accomplished soldier to be involved in both WW1 and WW2. 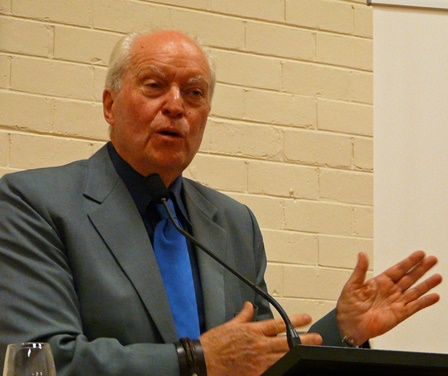 Stan Savige rose from private in WWI to Corps Commander in WWII as controversial favourite of General Blamey, to whom Savige gave loyal support in critical moments.

Savige was born into humble circumstances in Morwell Victoria. He was forced to leave school at 12 to work as a blacksmith’s assistant to help support the family. But he was ambitious and held some money aside to pay for tutors to further his education. He also joined cadets, became a scout master and a Sunday school teacher.

When WWI broke out, his father didn’t want him to go to serve but a random text from the bible told him that he would be survive while others around him fell. This came to pass. While he was wounded he had an almost mystical ability to survive in combat.

He began a stint on Gallipoli in 1915 as a naïve Sunday-school teacher and, not educated enough to be and officer, he started as a private. Ambitious for advancement he was promised promotion if he became a sniper. He is recognised as deadliest Australian sniper on the peninsula with 30 kills in 90 days. Promotion followed quickly. He rose to the rank of second lieutenant by the time he left Gallipoli and one of only three officers chosen to serve with the battalion rearguard during the evacuation.

He served in some of the worst battles on the Western Front as an intelligence officer where he was often in the thick of the action. He received a mention in despatches and the Military Cross for tenaciously and bravely holding a frontline position at Bullecourt and another mention in despatches and promised another Military Cross – which never came – for conspicuous gallantry at Passchendaele. By then he had been promoted to brigade major.

With the withdrawal of Russia from the war in 1917, the Caucasus Front collapsed and was threatened by the Turks. The British wanted an elite force to help the fight the Turks and twenty Australian officers were chosen to accompany what became known as the Dunsterforce in Persia in 1918 for what was a special SAS-style mission.

Dunsterforce could not hold the line and in the collapse, Savige discovered tens of thousands of fleeing Assyrian refugees. He deployed eight other volunteers from his own force, along with some refugees, to form a rearguard to hold back the Persians and Kurds who were murdering the refugees and carrying off the young girls as slaves. Perry believes that this rearguard action saved 90,000 refugees. He was mentioned in despatches again and received the Distinguished Service Order.

He returned to Australia in 1919 to find the work situation difficult. He eventually got employment as sole agent for the Returned Soldier’s Mill in Geelong. He was concerned with the plight of ex-servicemen and established Legacy to assist them. Legacy soon morphed into a charitable organisation to support widows and orphans. Between the wars he also served in the militia rising from captain in 1920 to brigadier in 1938.

When Blamey recruited for WWII, Savige was given command of 17th Infantry Brigade and served in Libya, Greece and Syria including Tobruk. Savige considered winning the Battle of Damour in Syria against the Vichy French as his most successful battle. Blamey became concerned about Savige’s health and sent him to Australia in June 1941.

Once the war moved to the Pacific Theatre, Savige was given increasingly senior posts in Wau–Salamaua, New Guinea and Bougainville.

Savige, valuing hard earned experience over book learning was a vociferous critic of permanent army officers. He considered them to be clerks needing experience as platoon commanders before assuming staff posts. They in turn disliked him intensely not only for his criticisms but also for perceived favouritism by Blamey. While there is some truth that Savige was given early commands because of his closeness to Blamey, his rise to the post of corps commander came only because he delivered what Blamey demanded – victory with minimal casualties. Perry considered Savige’s mopping up campaigns in Bougainville in 1944-45 to be an exemplar of careful low casualty warfare.

Having written 33 books, Professor Perry is one of Australia’s most illustrious authors.

Professor Perry began his writing career as a journalist on The Age Melbourne in 1969 during which time he was awarded his Economics degree from Monash University a journalism prize at Melbourne University.

After a 5 year stint in England making documentary films, he published his Program for a Puppet in 1979. It was an international best-seller that was translated into eight languages.

He went on to write a further thirty-two books across a range of subjects. One area of particular interest has been Australian cricket with an emphasis on Donald Bradman. He since branched off into war beginning with a book enigmatically called “Bill the Bastard” – this was a horse not a man.

Last October Roland presented his then new book “Monash & Chauvel” to the MHHV. 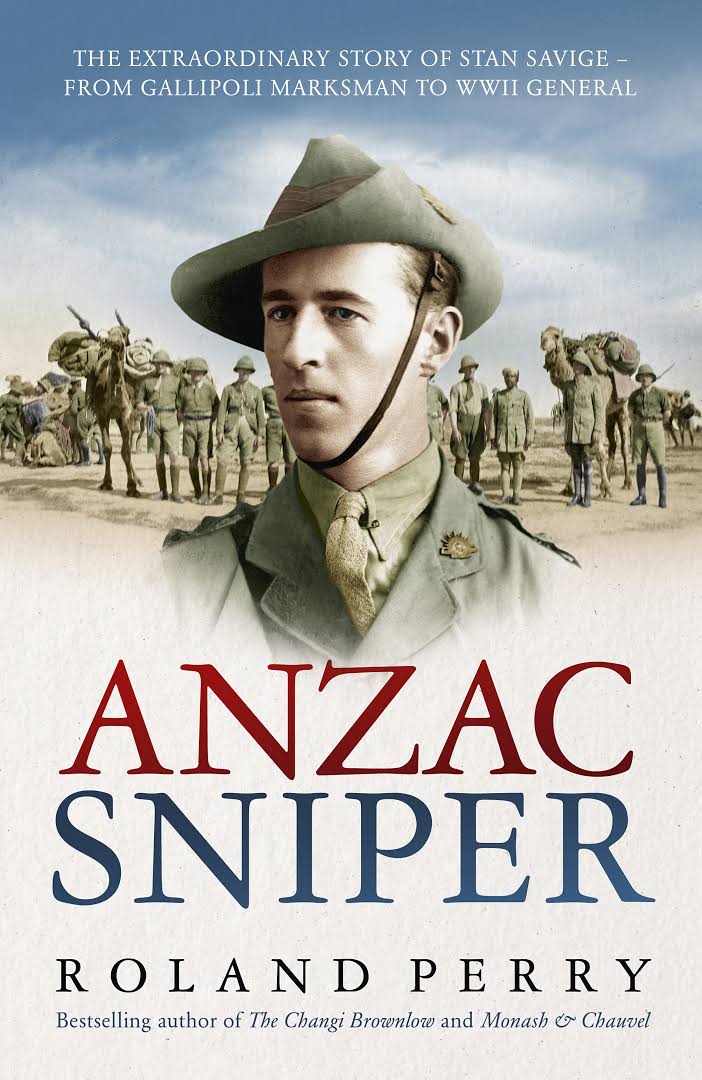