Arriving in Amiens on a late Sunday afternoon is an unexpected experience. Where are the people? Deserted, with only a few pedestrians; restaurants and bars are empty; only the occasional car is seen on the streets and few are parked on side streets. No Sunday trading here (as in most of France).

However Amiens is anything but a sleepy hollow with a population of 132,000 and three École Supérieure institutions, the City is a cultural hub and has won the title ”Best Managed City of over 100,000 Population” three times in recent years. It has a growing technology industry and a thriving call centre business to replace what was once an important textile and clothing manufacturing industry. The Muslim population is the largest in northern France.

Home to Jules Verne who was a City Councillor for many years, Amiens has a decidedly modern and utilitarian architectural quality, complemented by attractive landscape design outbreaks especially in the inner city and along the major pedestrian street of Rue des Trois Cailloux.

The skyline is dominated by the Gothic, 13th Century cathedral Notre-Dame, the largest church in France with the world’s largest internal volume- double that of Notre-Dame in Paris.

Though not occupied by the Germans in WW1, the city was heavily bombed and the population was evacuated during the Spring Offensive of 1918. Bombing and occupation in WW2 also meant major reconstruction and rebuilding. The successful halting of Operation Michael in 1918 by Australian (commanded by Lieutenant-General Sir John Monash), British and Canadian forces meant the last major barrier to Paris was safeguarded.

On Monday, driving north towards Fromelles through the Picardie region, the beauty and serenity of the countryside is striking. Wide expanses of flat or gently undulating farmlands of barley, maize, potatoes and other crops, uninterrupted by fences or marked boundaries of landholdings, the fields are highly manicured with a minimum of wastage of precious land and the roads and villages are completely devoid of litter with no visual pollution by garish oversized promotional signs. Only occasional copses of trees and small forest outbreaks interrupt the eye. The rivers (the Somme, Somme canal and Ancre) are more heavily treed. Morning mist blankets the pastureland.

Roads are almost devoid of cars but often replaced by delivery trucks and tractors. Life is slow and one senses, routine.

Villages are small with few amenities such as tourist accommodation, eating establishments and only one or two Tabacs (Bars). Sleepy country environment. There is little evidence of the quaintness of many French villages and the heavily red-bricked buildings are utilitarian and obviously built with cost in mind.

This jolts one into the stark reality that many of the villages were obliterated or extensively damaged in the Great War and rebuilt with German reparations money during the 1920’s.

So the first major impression is one of beauty, peacefulness, manicured form and green fields. No yellow rapeseed (canola). The absence of litter, graffiti or overdone outdoor advertising is encouraging and reflects the typical French ethos of understatement and a subtle confirmation of community pride. The contrast with so many parts of Australia is unsettling.

So Fromelles is reached. The site of the first major attack by an Australian Division. A disaster. Peter Corletts’ powerful statue ‘Cobbers’ and Ross Bastiaan’s bronze plaque reminds one of why one is here. Around one hundred Brits and Aussies on a bicycle tour through the northern Battlefields led by ex Army Officers gather around the statue.

Private Adolf Hitler’s double storeyed bunker still exerts its eerie presence just before the town is entered- hard not to think of the implication of allowing Hitler to escape! An edifice of Dark Symbolism!

As we head south towards our base in Amiens WW1 reality- the horror of war, the waste of human life, devastation, cost and the awareness of what must have been overwhelming terror is constantly reinforced. Poziéres where the ground contains more dead than anywhere else on earth, the Windmill site-soil from which covers the coffin of the Unknown soldier in Canberra; Bullecourt- where victory had no significant tactical outcome, Peter Corlett’s statue-The Bullecourt Digger, The Battle of Fromelles Museum, VC Corner which is the only solely Australian cemetery in the region; Mouquet Farm, British cemeteries, Canadian cemeteries, South African, Australian cemeteries permeate the landscape; Thiepval, Lutyen’s designed British Memorial where the names of over 73,000 soldiers who were never found is etched into the sandstone. The immensity of the carnage and despair is all encompassing.

No celebrations in a Napoleonic style here- no Arc de Triomphe, Colonne d’Austerlitz nor Arc de Carousel, only memorials to the poor innocents who thought war was an adventure; until they were embroiled into the terror and the madness of shellshock!

Almost too much for one day. Relief required. Somehow the beauty of the fields no longer holds the same tone.

So to Albert where General Arthur Currie the Canadian Commander was knighted in the field in 1917- one year before Sir John Monash. Interesting how myths are established. The arabesque styled (Moorish) Notre Dame de Brebières, topped with the gold Mary and Child (nicknamed the Leaning Virgin by WW1 troops as the damaged Virgin refused to fall), contrasts dramatically with the heavy, cold but expansive Gothic Amiens cathedral. A nice warm and human scale Basilica.

This was a non-John Monash day though heavily relevant to Australian involvement under the command of British Officers. VC holder and post war parliamentarian Pompey Elliott never overcame the deep depression that resulted from the slaughter of his Brigade at Fromelles.

One can only ponder the situation on the first day of the Allies Somme offensive on 1st July 1916- 57,470 casualties with 19,240 dead- the worst one day casualty list in British war history.

By the end of 1916 it was clear that old world war strategies of cavalry charges and the principle of attrition to wear out the enemy by using huge numbers of infantry as cannon fodder needed a radical rethink. This was a war of technology, engineering, mechanisation, massive heavy artillery barrages, tanks, machine guns, aircraft, chemicals, railways, road works, aerial surveillance, fine detail planning and timing and new tactics such as Divisional ‘leapfrogging’ and ‘mopping up’. Both Monash initiatives.

The scene was set for Day Two of this two day visit to the Somme battlefields. What will be the John Monash day.

The mood changes on the early morning visit to Chateau Bertangles- General Sir John Monash’s Command headquarters. He is now commander of the Australian Army Corps- five Divisions and, as will eventuate, up to 200,000 strong. Site of his formal knighthood by King George V on 12 August 1918.

The impression is one of an imposing and traditional French chateau architecture reserved for the French aristocracy and Haute Bourgoisie. The whole Bertangles commune reeks of comfortable living with manicured gardens and upper bourgeois comfort. Pedestrians are well groomed with almost a Parisian self-assuredness. An oasis of sophistication in the otherwise utilitarian style of the reconstructed villages of the Somme.

And so the sombre mood emanating out of the pre-1918 battlefields of yesterday begins to give way to a sense of optimism and positivity as the days theme. This is the area of Monash’s series of successful offensive battles.

1918 began with Operation Michael: the March German offensive in the Somme to take Amiens and then Paris. Bolstered by troops from the Russian front and after a regroup behind the newly built Hindenburg line this was crunch time.

Monash was sent to The Somme area and managed to halt the advance at Corbie just north of the river.

On 24-25 April (Anzac Day) Villers- Bretonneux was won back by the Australian 5th Division (then lost again on 7th August).

On 4th July (American Independence Day), the 93 minute battle for Le Hamel and Hamel Wood was executed perfectly to Monash’s plan. The planned, highly integrated, modern battle strategy was implemented to a tee. Ironic that Hamel is one of the most picturesque settings of the Somme area (see header taken from the site of the Australian Memorial on the low rise above the village).

On 7th August Villers-Bretonneux was retaken by the Germans. However the next day Monash’s Australian Divisions initiated the Battle of Amiens, regained the town and began the final offensive that led to the breaking of the German Hindenburg Line and ultimately end of the war.

Then onward to Mont Saint- Quentin a low hill just north of Péronne the taking of which was considered “the finest single feat of the war” by Commander of the 4th Army Lord Rawlinson. Then the Hindenburg Line was broken. The Germans were in full retreat and sued for the peace that was realized on 11th November.

To be able to scan this whole area and ponder on the implications and impact of Monash and the Australians (and the American Divisions under Monash’s command) supported by the British to the north and Canadians to the south creates a strong sense of history similar to that experienced when viewing the site of the 1815 Battle of Waterloo at Braine L’Alleud, Belgium where Napoleon was finally defeated. Relief, some jingoistic pride that Australians played a prominent role and that one of our own, Sir John Monash proved to be, in the opinion of many, the most innovative and strategically successful Military Leader of the time.

And so to the Musée Franco- Australien and L’École Victoria (the school funded by the school children of Victoria -including my Father). Both are shrines of gratitude to Australia initiated by the citizens of Villers- Bretonneux and complemented by the very obvious and warm references to Australia- rue de Melbourne, rue du Victoria, Le Melbourne- the Proprietor is renowned for shouting Australians, the kangaroos painted above the doors to the Mairie (Town Hall) etc etc etc.

However the most powerful indication of the warm bonding and respect that the people of Villers- Bretonneux have for Australia and Australians is undoubtedly the prominent presence on the school veranda overlooking the play area “DO NOT FORGET AUSTRALIA” replicated in French in every school room-“N’OUBLIONS JAMAIS L’AUSTRALIE”.

One can only be thankful that after so many forgotten years we now celebrate the Dawn Service on 25th April at the nearby Australian National Memorial. Long overdue and now reciprocating the respect the commune has shown us. Absence of public observance at the Somme was uncharitable to those that fought and died in that arena and to the local population who extended such compassion for our sacrifice on their behalf. For over ninety years Australia forgot the Somme though the Somme never forgot Australia.

In conclusion, the major lingering impressions are those of the quiet beauty of the country; the cruel irony that it is the graveyard of tens of thousands and the arena of so much horror and devastation; and the warm, personal, continuing and ever present signs of gratitude afforded us.

Australian recognition will be strengthened by the completion of the John Monash Centre in 2018. Hopefully it will coincide with a posthumous awarding of Field Marshall status to John Monash. 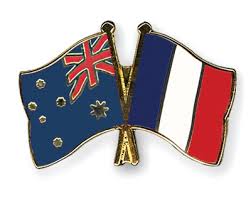