DSC for gallantry and resolution whilst serving in HMAS PERTH lost by enemy action in the Far East on 1st March 1942.- (DSC, London Gazette 19 March 1946, presented by Governor General at Admiralty House Sydney 25 January 1949).
He joined the RANR, Sydney Port Division, and is listed In the October 1939 Navy List, seniority 21 September 1939. He was initially posted to HMAS Stuart – for disposal in the RAN ‘Scrap Iron’ Flotilla, under Flotilla leader Commander H Waller RAN.
Sam Stening served as medical officer for the Flotilla comprising HMAS Stuart, Voyager, Vampire, Vendetta and Waterhen ships that were old before the war began having been laid down and completed by the Clyde builders in 1918. This RAN ‘Scrap Iron’ flotilla left Australia for Singapore for quick anti-submarine training, the majority of the crew being inexperienced young enthusiastic RANR ‘Rockies’.
They departed Singapore on 13 November for Colombo, arriving Malta just before Christmas, where RADML J.C.Tovey RN, Rear Admiral Commanding Mediterranean Destroyers, immediately spoke to them advising that their five Royal Australian Navy destroyers effectively represented the entire Mediterranean fleet. HMAS Stuart (Commander H Waller RAN flotilla leader), HMAS Waterhen and HMAS Vendetta were soon convoying at sea, during their first Christmas away from home. Germany’s Herr Goebbels welcomed them as a ‘consignment of junk’, Australia’s ‘Scrap Iron Flotilla’ ridiculing their fighting power, scoffing at their age and infirmities, but these were ships that went on to sink a score of German submarines, leaving scarred and battered German cruisers and destroyers behind them, fought the Fascist Italian battleships at Calabria and their heavy cruisers at Matapan, ran the gauntlet of every type of German bomber as they plucked troops from the Nazi military’s grasp in Greece and Crete, then sailed along the North African escarpment shelling German land forces.
Admiral Cunningham’s message, read in the Australian parliament, stated “nobody will appreciate the ‘scrap’ better than the officers and men of the Australian destroyers”. As Moyes records “they shirked no fight, avoided no action”.
The work of the medical staff on board HMAS Waterhen on the Tobruk “ferry runs” was recorded by Sam Stening: “It was essential to leave Tobruk before 0200 – then with numbers of wounded (varying from 30 to 170) and unwounded troops (from 50 to 250) onboard (the stretcher cases were always placed on the seamen’s mess deck) seamen had to find somewhere to rest. This they did in odd corners of deck space, often exposed to spray, wind and cold. They also had to continue their watches as required. Some seamen even spent their watch below helping to care for the wounded. On return to port they had to start and unload again and then clean their mess decks. This once went on for three consecutive nights and days. Everyone on board felt the strain but particularly the seamen and sick berth attendant upon whom most of the work descended” Surgeon Lieutenant Samuel Stening was on board HMAS Waterhen when it was attacked and sunk on 30 June 1941. The published history of the Scrap Iron Flotilla by SBLT John F Moyes RANVR, lists Stening as part of HMAS Waterhen’s ship’s company even though his initial posting had been to the flotilla leader, HMAS Stuart.
After this Stening returned to Australia and was attached to the light cruiser HMAS Perth, commanded by Captain H.M.L.Waller RAN. They were soon embroiled in the war with Japan in the Netherlands East Indies Battle of the Java Sea. Perth, against overwhelming odds, was sunk in Sunda Strait in the early hours of 1st March 1942, many lost including Captain Waller. The official history records: “about 240 survivors from Perth, including Stening, were picked up from the sea by destroyers and other ships and transferred later to the Somedono Maru. A Japanese army surgeon and two assistants arrived on board the next day, and helped by Stening, attended to the wounded. After a week the men were transferred either to the civilian goal or to the cinema at Serang in Java. Stening was ordered by the Japanese to care for the 600 prisoners in the cinema, servicemen of different nationalities. Stening saw at least 100 to 120 men at the daily muster. Conditions in the cinema were appalling with no water for washing and no proper sanitary arrangements. Some of the men were suffering from severe injuries and many men who had been in the water when the already sinking Perth was struck by further torpedoes showed evidence of thoracic or abdominal blast. Malaria was prevalent.
On 5th April 1942 Stening with four other Australian officers from Perth and eight American officers were taken from Serang to Batavia, embarked in a Japanese transport for Japan, arriving Moji on 5th May 1942. Then by train to Ofuna, near Yokohama, where the five naval officers were taken to Zentsuji, the main prisoner of war camp in Japan from 1942 to 1943. 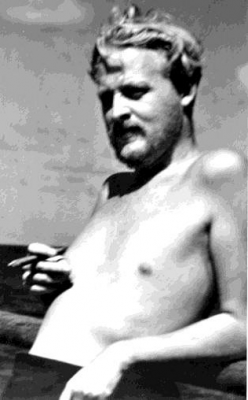 From October 1943 to June 1944 Stening was Senior Officer and the only Allied medical officer in Oeyama camp. This camp was on Honshu Island near a nickel mine where the prisoners, clad in threadbare garments, carried out heavy work in rain and slush. When they returned to work at night they had no change of clothing. In May 1944 following disturbances among the prisoners Stening was empowered by the camp commandant to take control of the discipline of the camp and all punishments.
Stening was sent to the nearby Taisho camp in June 1944. At the time of Stening’s arrival prisoners were treated well but under a new camp commandant punishments were often severe for minor offences or for no offences at all.
Stening speaks of the never-to-be-forgotten sight of a flight of American heavy bombers over Osaka in broad daylight.
On 17th May 1945 the entire camp was moved to Takefu about 70 miles to the north-east of Osaka. From that date until the end of the war there were 167 Australians and 33 Americans in Takefu. Not only was Stening the only medical officer in the camp he was the only officer. Punishments were frequent and Stening himself suffered many indignities. Work in the nearby carbide factory was heavy but once the prisoners had returned from work and had entered their sleeping quarters they were usually left alone. 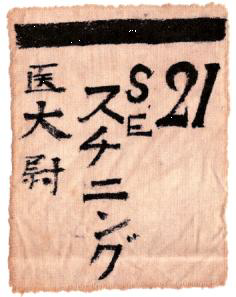 On 15th August 1945 the men were given a holiday and although the good news of the surrender did not reach them for some days, they never returned to work.
Surgeon Lieutenant Samuel Stening DSC RANR had made a unique contribution to the RAN. He was a survivor from two RAN ships sunk in World War Two, HMAS Waterhen and HMAS Perth, and then endured three years as a Japanese POW. He gave medical care to his fellow prisoners and served as senior officer in two POW camps in Japan.
In recognition of the role that Stening played in HMAS Perth he was awarded the Distinguished Service Cross, citation reading: “For gallantry and resolution while serving in HMAS PERTH, lost by enemy action in the Far East on 1 March 1942”.
There were two Stenings who served in the Royal Australian Naval Reserve in World War II, with two others serving in the army. Surgeon Lieutenant Malcolm James Lees Stening MB BS joined the RANR in 1936 as a member of the RANR Sydney Port Division. The July 1939 Navy List shows him listed as Surgeon Lieutenant, seniority 15 April 1937. Surgeon Lieutenant Malcolm Stening served as medical officer on HMAS AUSTRALIA for about half of World War II having been in London at the outbreak of war and, unable to return to Australia, was initially attached to the RN. He then joined HMAS Australia in Liverpool in November 1940 until April, 1943, when he was posted to the Naval Hospital in Sydney. In the July 1943 Navy List Surgeon Lieutenant-Commander Malcolm James Lees Stening MB BS FRCS RANR is listed with seniority 15 April 1943. In September 1944 he was posted to HMS Howe, British Pacific Fleet, where he remained until the end of the war. Two other Stening brothers served as medical officers in the Australian Army in the Second World War. Warwick (Senior) was the medical officer to 7th Div Engineers and served in Palestine, Benghazi and New Guinea. 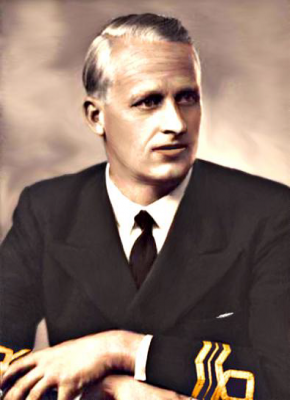 The older brother, George (later Sir George) was Colonel in the RAAMC in New Guinea – later CO of Concord Hospital before returning to practice as Head of Obstetrics at Royal Prince Alfred Hospital in Sydney. The family was to make a significant contribution in World War II. A family who served with honour for Australia. His name was added to the Weary Dunlop Medical POW memorial in Melbourne in July 2007.
To read more click here