Just six kilometres after the bridge onto Phillip Island you will come across an unusual sight – an ex-military transport plane parked in front of an industrial style building in a paddock. Don’t be put off by either the tired paint job on the plane or the fact that it is a museum in an un-museum like building

Do yourself a favour. Go in! It’s a hidden treasure.

Sure this is an unusual museum but as the website says, it is “unique, authentic and emotive.” What makes it so is that it has been put together by dedicated Vietnam Veterans. It is full of exhibits magpied over many years. This gives the museum an eclectic mix of the expected and the unusual.

I travelled to the museum with professional military historian Dr Chris Clark. We both spent a very happy hour concentrating on quite different things. Chris is a details man and there was plenty to occupy him.

I, on the other hand, like to be reminded of just how big military operations are and there was plenty in the museum for me. Right in the entrance was a Centurion tank. I know that Centurion tanks are big, but you just don’t get a sense of scale until you stand besides one of these 51 ton monsters.

Not only is there a tank but there are also some exhibits showing just what a huge logistical effort the Vietnam War was. There are models and pictures of the huge landing craft needed to move the colossal tanks around.

To meet its own logistical challenge, Australia pressed retired aircraft carrier HMAS Sydney back into service. It made 25 trips to and from Vietnam carrying troops and equipment. The museum reminds us of this with a rare picture of the “Vung Tau Ferry” underway with its deck covered with trucks.

Right next to this picture is an alcove dedicated to the New Zealand forces that operated in close concert with the diggers and not far from that is a display of entertainers on tour.
Not surprisingly, fighting men are well represented. There are displays about the tunnel rats, posthumous medal winners, hand guns, aircraft squadrons and helicopter pilots at rest awaiting operations to name a few.

There is something for everyone.

But I kept returning to the heavy equipment. Like me, these women spent some time inspecting the “small” 105mm field gun and the personnel carrier behind it. 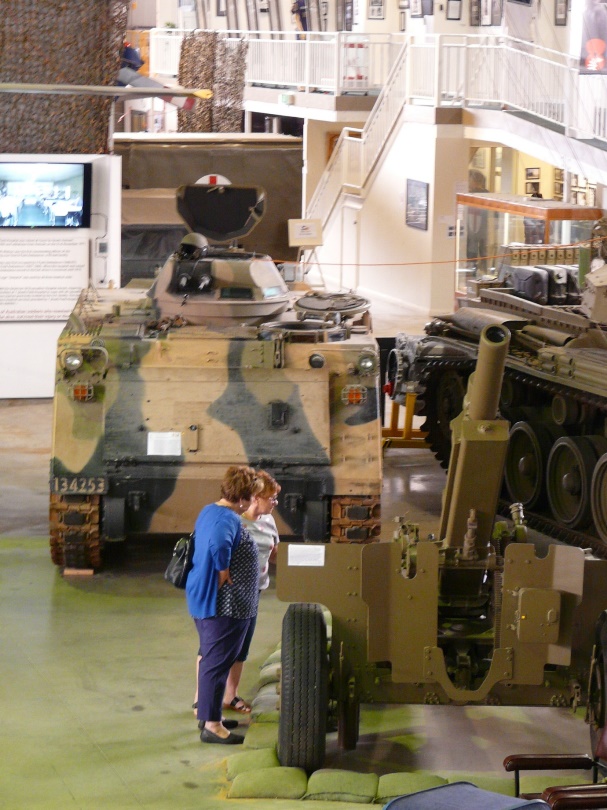 While their husbands (I assume) spend time discussing one of the copious information boards. 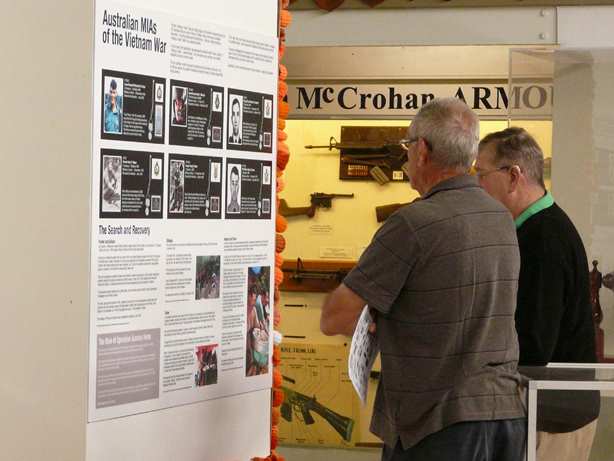 Obviously there were choppers in the museum because Vietnam was a helicopter war. 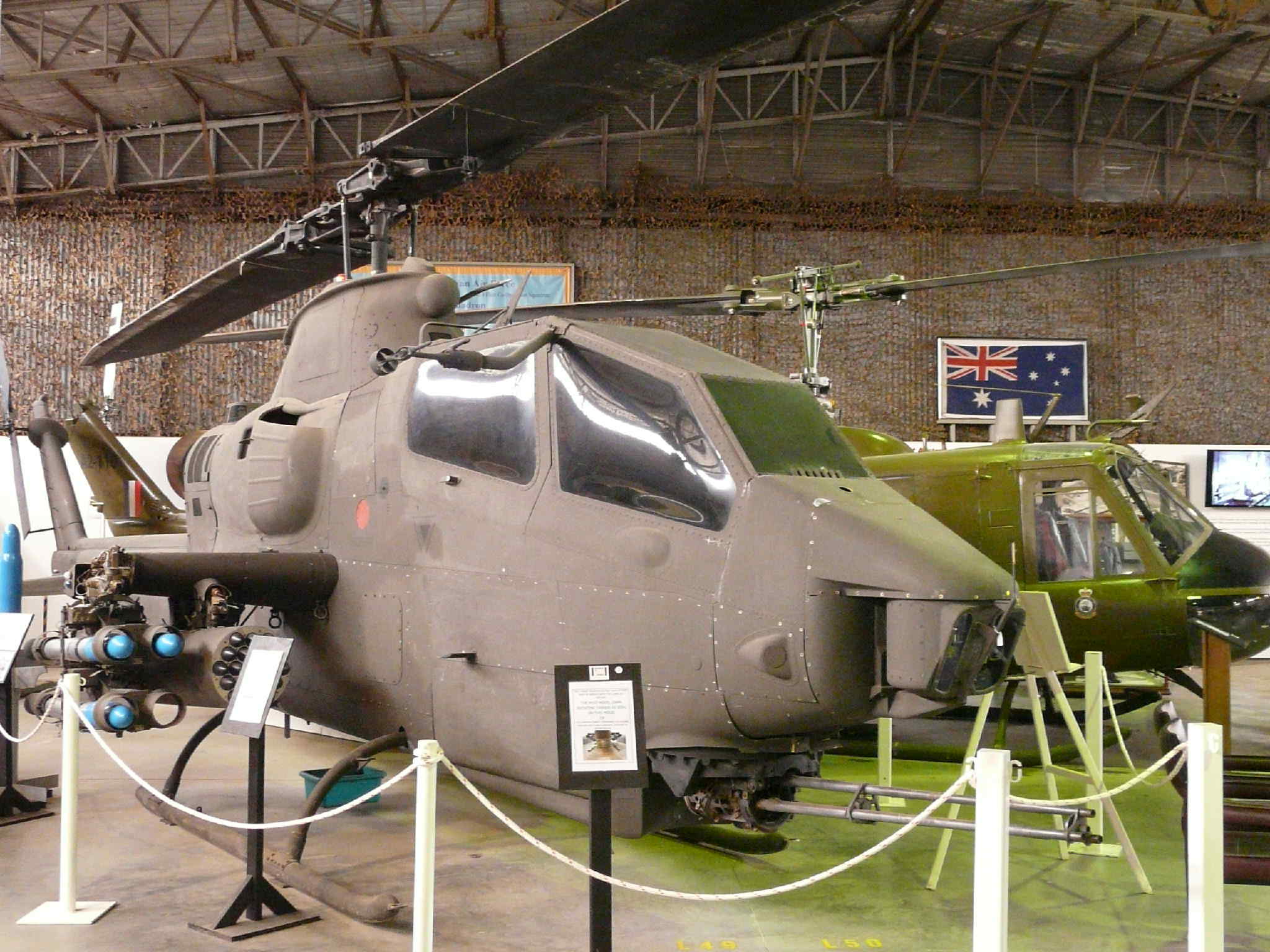 But we were also reminded of the squadrons of huge B-52 bombers operating out of Guam supported by a base with 10,000 personnel.

We finished off our visit with delicious made-to-order toasted sandwiches and Melbourne quality coffee at the Nui Dat café.

This brief review hardly does justice to the depth and breadth of this surprisingly good museum.

So if you are just passing or if you have a passion for military history, make a trip to the National Vietnam Veterans Museum on Phillip Island.