Our RUSI library has a superb collection of items relating to the Battle of Fromelles. Recent events have brought it into prominence – many Australians are now well aware that on the 19th and 20th of July 1916 the 5th Australian Division sustained 5533 casualties in a battle that achieved none of its goals.
Our collection includes many books about the battle, unit and divisional histories, plays, an account of a war game, books for children, fiction, commemorative programs, administrative instructions and much more. Brigadier Ian Lillie gave a talk on the extent of our collection during Melbourne’s Rare Book Week this year.
So here is a new addition to this collection. There is benefit to be found, even in small measure, in almost every published book. This is a work of historical fiction, a genre that I really enjoy when it is well done. This book is not well done and I wonder why it was written at all.
O’Reilly has an ill-chosen title – perhaps and example of the ‘silent NZ’ in Anzac. The battle was British, Australian and German without New Zealand participation. The cover illustration is a French war cemetery, not a Commonwealth one. That gets us past the front cover.
If you, like me, think that historical fiction should have a firm factual underpinning, then there are further disappointments to follow. Here are just a few examples. The 5th Divisional commander is promoted to Lieutenant General and his corps commander demoted to Major General, signing his orders as Major Haking. Australian soldiers of the 8th Battalion (a unit not included in the 5th Division) cunningly execute a strategic geographical deception by sailing to Britain via the Panama Canal. There ship sails at ‘knots per hour’. Bayonets are fixed on their Enfield ‘guns’ at the Present Arms position (try that in the privacy of your room!). And there’s more, much more!
The narrative is stilted and annoyingly anachronistic. Indeed, the whole book is annoying. It is primarily available as an e-book. No other library is yet recorded as having a copy. Perhaps it should stay that way
Reviewed by Mike O’Brien for RUSIV 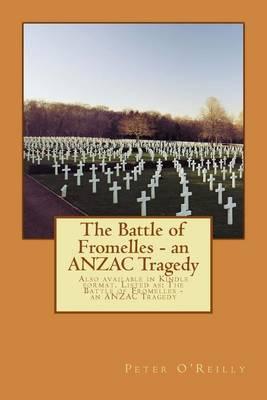