The Bloody Beachheads: The Battles of Gona, Buna and Sanananda – One Day Conference Papers

MHHV > Articles > World War Two to 1962 > The Bloody Beachheads: The Battles of Gona, Buna and Sanananda – One Day Conference Papers

The Battle for the Beachheads, as it became known, followed the Kokoda Campaign and lasted around two months from mid-November 1942 to mid-January 1943.

It saw an estimated 9,000 Japanese troops in well-prepared positions defend to the death the territory they had occupied for the last six months. MacArthur ordered that the positions be destroyed and over the next two months, Australian and US Army troops battled not only the stubborn Japanese but swampy terrain, kunai grass, oppressive heat, heavy rain, sickness and disease to complete this difficult and brutal task.

The Battle of the Beachheads was the bloodiest of all the PNG campaigns. The resolve and tenacity of the Japanese defenders were, to Allied perceptions, unprecedented to the point of being “fanatical”, and had not previously been encountered. It was to mark the conduct of further battles throughout the remainder of the war. Securing victory at the Battle for the Beachheads cost Australia 1,261 dead and 2,210 wounded, and the Americans 734 dead and 2,037 wounded.

The MHHV conference was convened by Colonel (Retd) Marcus Fielding at East Malvern RSL. The presentations were exceptional and offered considerable new perspectives on the battle. Fifty delegates gave the 7 eminent speakers their rapt attention over the day.

The keynote speaker, Dr Peter Williams revealed the strategic imperatives for Japan to take and hold the three largely unpopulated disease-infested semi-swamps on the coast of PNG; locations that had little value before or since.

He explained that early in the war, the Japanese established a buffer zone around their nation that encompassed their new conquests in the so-called Greater East Asia Co-Prosperity Sphere. This zone reached down to PNG with Rabaul as a major base. Having made the decision about their main base, the Japanese needed air bases as a buffer to protect Rabaul from enemy air attacks coming from the south. Having airfields at Port Moresby would have achieved this but their loss in the Battle of the Coral Sea put paid to that option. Their only choice was to develop an air base on the northeast coast of PNG.

The Beachheads were chosen as the locations land shipped cargo for the development and functioning of an airfield to be built further inland. It was also a staging post for any overland attack on Port Moresby. The Allies could not let an airbase be developed there nor let the Japanese have a location to disgorge forces onto PNG. Development on and around the Beachheads had to be stopped.

Dr Liam Kane provided a summary of the air and maritime forces in the region and explained that neither side could achieve superiority and control in the area. He described the challenges affecting both the Japanese and Allied forces as well as the evolving level of cooperation within the Allied coalition. He also explained how tactics and techniques were developed in real-time as the two sides came to grips with each other’s capabilities.

Phillip Bradley, author of numerous detailed books about the Australian battles in PNG gave a graphic account of the three beachhead battles and the reasons so many Allied troops were lost. Key amongst this was the limited paths through the swamps available for the Allied infantry to attack along. Those paths were guarded by vicious enemy gunfire coming from heavily disguised and reinforced bunkers. In the late stages of the battle, the Allies had light tanks and heavy artillery to bust the bunkers. This was also the first time Americans fought with Australians.

James Brien presented on the problems that needed to be ironed out when Australians and Americans first tried to work and fight together. In addition to interpersonal issues, there were differences in military doctrines not least being that the US command tended to be centralised while the Australian command was more distributed. The issues outlined in the presentations extended through all services as well as supply.

‘They couldn’t have chosen a worse place to fight in’ said Dr Ian Howie-Willis, author of books on many of the medical aspects of Australia’s war. There were troubles enough dealing with the high number of battle casualties but disease made a difficult situation even worse as disease ran at 5.7 times the number of battle casualties. Disease made it difficult for the Allies to field sufficient men to fight or do the normal behind the lines activity required such as carrying out medical, logistic and administrative duties. He outlined the struggles the armies had with providing adequate medical care. Mercifully, because of the rapidly increasing effectiveness of treatments, the number of disease-related fatalities for the Allies was low. The Japanese however never defeated malaria and instead ‘were conquered by both the Allies and malaria.’ The Japanese lost some 13,000 men from diseases during the Papuan campaigns of 1942-43.

Major Scott Heiman, a former case officer in the Unrecovered War Casualties – Army outlined the great work the unit does in recovering the war dead and the many problems they experienced at the Beachheads. Locating and identifying bodies can be a bit like scientific detective work. The problems start with finding the dead; the burial sites were generally poorly described at the time of burial and there are often changes in topography in the intervening years. Drones carrying modern technology are now used to aid burial locations but it is no panacea. Once a body is recovered, identification can be a problem as the bodies have usually become degraded after so long in the ground. Sometimes teeth can be recovered but dental records are rarely complete and may have been destroyed in the intervening years. DNA can help but relatives need to be located. Bodies recovered in PNG are buried in the Bomana War Cemetery outside Port Moresby.

David Howell from Kokoda Historical brought the discussion back to the present day when he talked of the conditions on the track and what one could expect on arriving at the Beachheads.

SESSION ONE | SHAPING THE BATTLESPACE

9.03 – 9.45 am Paper: The Japanese Battle Plan in Papua – Dr Peter Williams, author of many books including Japan’s Pacific War, The Battle of Anzac Ridge, Kokoda for Dummies and The Kokoda Campaign 1942, Myth and Reality.

9.50 – 10.30 am Paper: The Air and Sea Battle over Papua – Dr Liam Kane, Since being awarded his PhD in 2020, Liam has published on topics ranging from military justice and policing to air force intelligence. He is currently writing a book about air force cooperation in the Pacific war.

2.05 – 2.50 pm Paper: The Health and Medical Challenges of Fighting in Papua – Dr Ian Howie-Willis, OAM, KtSJ, author of many books including VD: The Australian Army’s experience of sexually transmitted diseases during the twentieth century; An unending war: The Australian Army’s struggle against malaria 1885–2015; A medical emergency: Major General ‘Ginger’ Burston and the Army Medical Service in World War II; and Postern, gateway to New Guinea: Recapturing Lae from the Japanese in 1943 [currently in press].’ 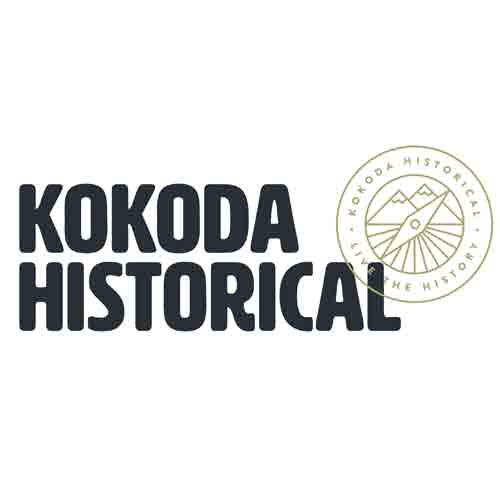