The Hon. Tim Fischer, AC, GCPO, former Deputy Prime Minister of Australia and national serviceman, will be the keynote speaker at a special one day conference The Great Debate: Conscription and National Service 1912-1972.

The conference, convened by Military History and Heritage Victoria Inc., will be held at the Pompey Elliot memorial Hall, Camberwell RSL, on 30 May 2015.
This one day conference, held close to the 50th anniversary of the first national servicemen entering Army in the Vietnam period, examines the history, politics, controversy and experience of compulsory military service in critical periods of Australia’s history. These include the introduction of Universal Military Training from 1912, the great conscription debates in Australia and at the Front during 1916 and 1917, the introduction of National Service during the Cold War from 1951 and the most controversial period of conscription between 1965 and 1972, during the Vietnam War.
This impactful conference will have plenty of insights and intriguing commentary from a highly informed and relevant range of historians, veterans and social observers both for and against conscription as a tool of Australian governments at war.

About Tim Fischer
The Honourable Tim Fischer AC GCPO is the former deputy prime minister of Australia and was the Australian ambassador to the Holy See for three years until January 2012. A former NSW state parliamentarian, leader of the National Party and minister for trade, Tim Fischer is also a consultant, company director, author, broadcaster, and multiple patron.
Mr Fischer served as a national serviceman with the Australian Army’s 1st Battalion, Royal Australian Regiment from 1966-1969, in both Australia and Vietnam. 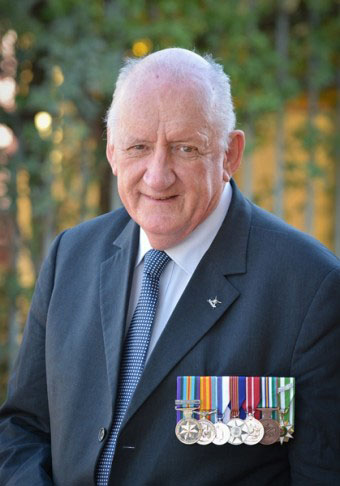