When war broke out in the Northern Hemisphere in 1939, the British called upon their Australian allies for support.

These were old ships, built for battle in WWI and discharged from official duty in peacetime to see out their old age on Australian shores. But despite the Nazi propaganda minister, Joseph Goebbels’ sneers that they were a “a consignment of junk,” a load of “scrap iron”, these ships were tough and well built, each with a 150 strong crew of seafaring men.

As France fell to the Nazis in June 1940 and in the face of a powerful Italian enemy fleet, the British Mediterranean Fleet and these five Australian destroyers found themselves in a David vs Goliath situation.

Yet, the flotilla remained fearless. They escorted troops and supply convoys, hunted for submarines and bombarded enemy coasts.

This Australian squadron rescued thousands of soldiers when the Nazis invaded Greece and valiantly fought in the last great fleet action between battleships that the world would ever see, the Battle of Matapan in March in 1941.

The Australian destroyer HMAS Waterhen was sunk by an Italian dive bomber on the ferry run to Tobruk – the first Australian warship to be lost to enemy action in WW2.

A captivating retelling of this valiant contribution to the war, The Scrap Iron Flotilla is cemented in Australian naval legend. Though, at its centre it is a story of human bravery and defiance, brought to life by Carlton’s exceptional storytelling and passion. 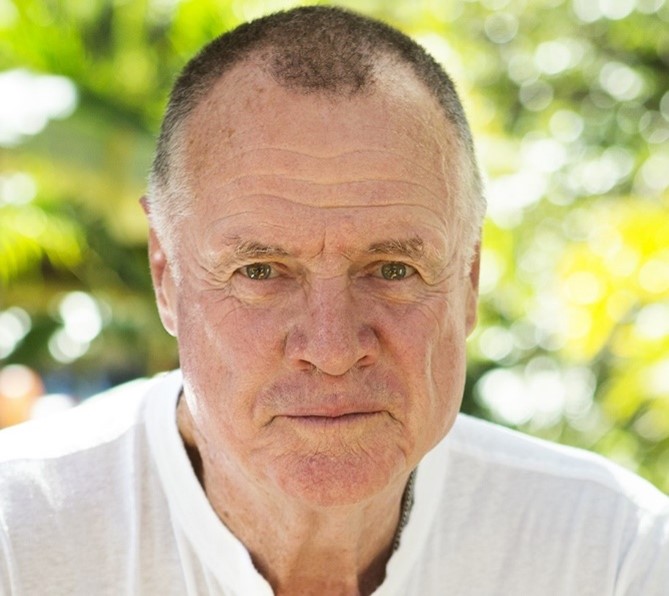 In a working life of more than 50 years, Mike Carlton became one of Australia’s best-known media figures. He has been a radio and television news and current affairs reporter, foreign correspondent, radio host and newspaper columnist.

He was an ABC war correspondent in Vietnam in 1967 and 1970, and for three years was the ABC’s Bureau Chief in Jakarta. He also reported for the ABC from London, New York and major Asian capitals. In television, he was one of the original reporters on the ABC’s ground-breaking This Day Tonight in the 1970s. He also worked for Nine Network News, and A Current Affair.

In 1980 Mike turned to talk radio, first at Sydney’s 2GB with a top-rating breakfast program, and then for four years in London at Newstalk 97.3FM, where he won a coveted Sony Radio Academy award in 1993 for Britain’s best talk breakfast show. His radio satire on current affairs, Friday News Review, was “must listening” in Australia and the UK.

In television, he reported and hosted Indonesia: A Reporter Returns, a three-part documentary for SBS; he worked on Radio 2UE as a broadcaster for many years and wrote a long-standing column for the Sydney Morning Herald.

In his fourth book on Australian naval history, respected journalist and media commentator Mike Carlton chronicles the heroic story of a small, aging squadron of destroyers, and their victories and losses in the Mediterranean during WWII.

The Scrap Iron Flotilla is rigorously researched with source material, diaries, and letters, providing a richness typical to Mike’s writing. 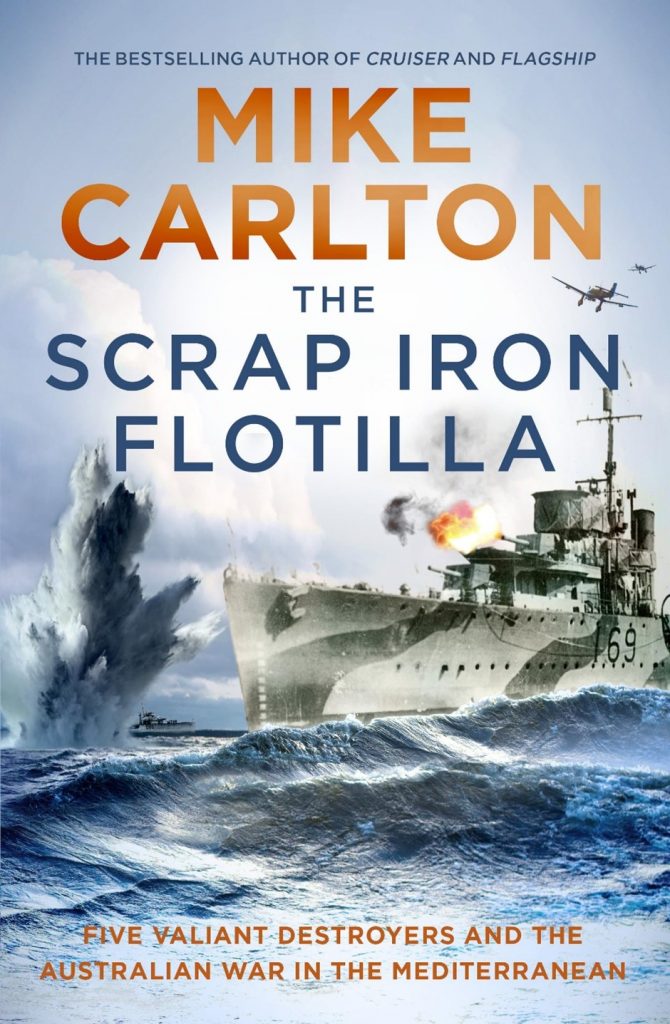