Between 1914 and 1918 some 112,399 Victorians enlisted to fight in the First World War. Those who died from causes associated with battle are commemorated by the War Graves Commission.
However, those who returned and then lived out their lives in the community, and are buried in our cemeteries, are not recognised unless their family has recorded this fact in their inscription.

In recognition of this and to commemorate the centenary of World War I, the Greater Metropolitan Cemeteries Trust (GMCT), in conjunction with the Returned Services League of Australia (RSL Victorian Branch), has produced a special poppy tile that can be affixed to headstones and cremation niches to indicate that someone served their country during war.

GMCT wants to encourage families to renew their links to their family members, particularly those who enlisted in the Great War, and to urge them to place a permanent record of their service on their gravesite. Many graves have been forgotten by families over the years and have become neglected. Younger family members may be unaware that their ancestors served at all unless their family memories and history are strong. 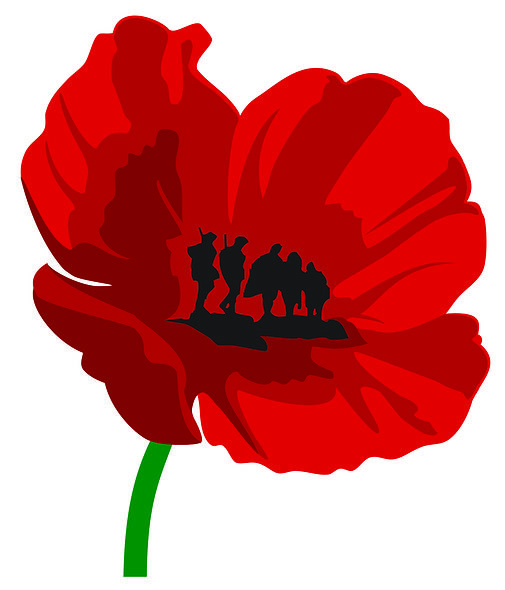 The Centenary Poppy Tile is a decorative packed kit that contains two small, highly glazed Australian-made white porcelain tiles with a striking red Flanders Poppy printed onto the surface in a slightly raised finish. The packaging features the original Flanders Poem plus the Ode of Remembrance. The package has been designed with the assistance and support of the RSL.

These commemorative tiles may be fixed to a headstone or cremation niche using a self-adhesive patch that is already applied to the tile. The larger tile is suitable for headstones and the smaller for cremation niches.
Once the selected tile is applied the second tile can be fixed to a home letterbox or gatepost to signify that this family has links to the First World War.

The GMCT has made the packages available for sale at all GMCT cemeteries and participating RSL branches. Other cemeteries around Victoria have been offered the opportunity to sell the package.
The price for the package is $10 (+GST). This
is expected to cover production costs, and any profits will be donated to charity.

For further information contact poppytile@gmct.com.au. Orders by individuals or by those who wish to sell the package can be placed by visiting

NOTE: The Centenary Poppy Tile is designed for those who returned from war and lived out the rest of their lives in their communities. Those who died as a direct result of war are already officially recognised by the Office of Australian War Graves.