Michael Veitch begins this book with the assertion that “there was no inevitability to the Japanese defeat at Milne Bay” and goes on to analyse and bring to life the reasons why this was so. 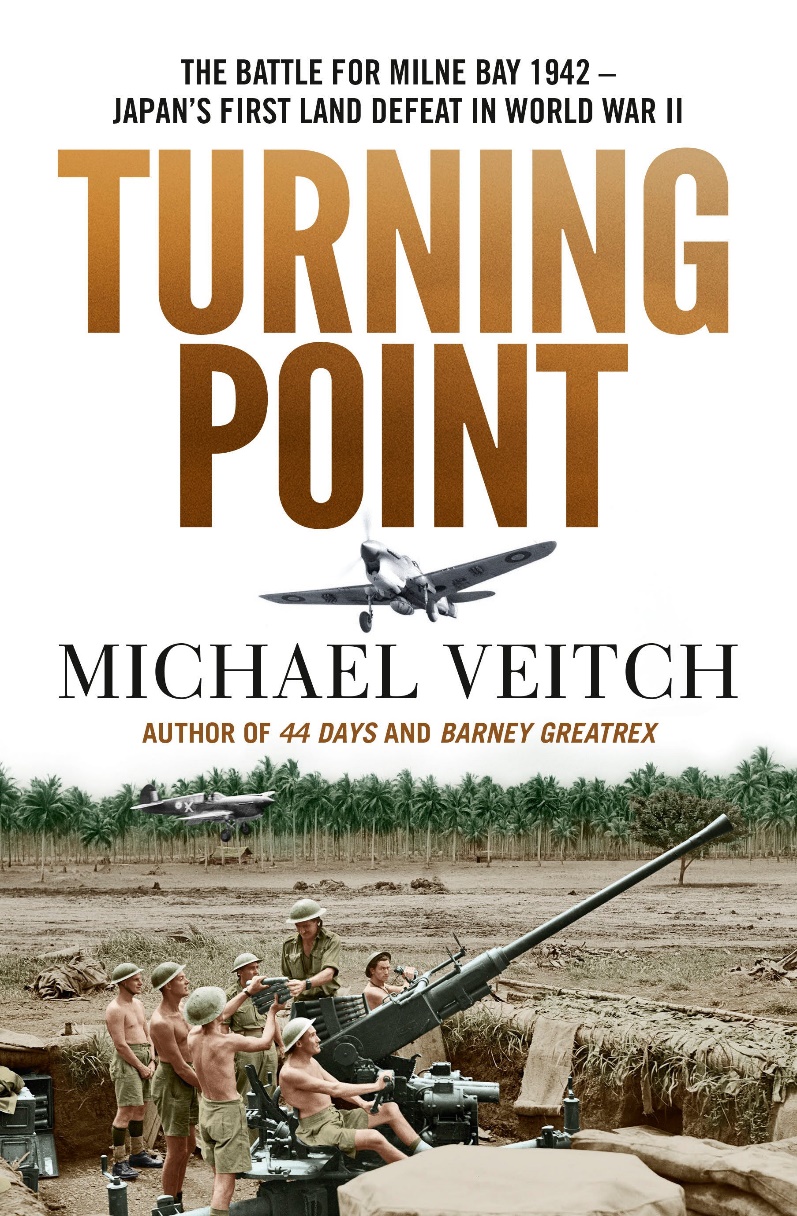 The Japanese plan was to use Milne Bay as the starting point for a pincer movement, coupled with the advance down the Kokoda Track, to take Port Moresby, a strategic objective, which, if achieved, would have made the Pacific War’s course, and perhaps its outcome, different. Based on their experience of the war so far, the Japanese believed that the attack and subsequent advance from Milne Bay would easily be successful. Veitch provides an engaging narrative and sound analysis of the reasons why this did not happen. The Japanese force made the error of landing well short of their planned objective; they grossly underestimated the Allied force ranged against them; they failed, until too late, to locate the Australian and US base at Milne Bay; the US engineers performed a miracle of construction creating an airstrip in the jungle in three weeks; the RAAF squadrons were very effective in locating and neutralising enemy targets. If any of these strategic and tactical factors had been otherwise the outcome may well have been different.

Veitch explains these strategic elements well and ensures his reader has a sound grasp of the ‘big picture’. At least as important in his presentation of the battle is his focus on the detail and the personal. He describes the effects of the climate, the unrelenting torrential rain and the ubiquitous mud; the shortages of vital stores and equipment and the awful toll of illness. He places a special emphasis on malaria and is rightly critical of the command decisions that did little to ameliorate its effects.

There are many well balanced and engaging pen portraits of individual commanders at various levels and of soldiers and airmen and their personal reactions to the situations they faced as well as their contributions to the battle. Veitch paints a positive and sympathetic portrait of the GOC of Milne Force, Maj Gen Cyril Clowes including reference to his poor treatment by higher commanders after his success at Milne Bay. He outlines the contributions of Brigade and Battalion Commanders emphasising their strengths and achievements but also describing their failures where necessary. But the battle is brought to life best by the descriptions of the actions and decisions of junior officers and NCOs as they fought through the darkness, fear and uncertainty with a determination and resilience that can only be imagined by readers of later, more cosseted, generations.

There are some slight problems with military terminology, for example, references to an officer being “in charge of” a unit rather than “commanding” but these may not be apparent to a general reader. More seriously, the absence of detailed maps of the area, showing topographical features mentioned in the text and the disposition and movement of allied and enemy troops, is an obstacle to a full and immediate understanding of the battle.

Turning Point makes the case very convincingly that the battle of Milne Bay was just that, a turning point in the Allied campaign in the Pacific. Its analysis of the big picture will appeal to the military history enthusiast and the detailed and empathic descriptions of the environment and of the exploits of soldiers and airmen ensure that it will attract general readers.