Perspectives and Lessons from Australia’s War in Afghanistan and Iraq 2001-2014 – Summary of the conference.

From the moment two hijacked American planes crashed into the towers of New York’s World Trade Centre on September 11 2001 the political axis of the world tilted. Al-Qaeda had brought their jihad to mainland America and America responded with ferocity. Very soon a “coalition of the willing” was formed and Australia, being a founding member, was off to the “Sand Pit” to begin its longest war.

The MHHV conference convened by Colonel Marcus Fielding at Gallipoli Barracks, Brisbane 12-13 May 2017 explored the war in the Sand Pit from its beginning until 2014.  200 delegates gave the 25 eminent speakers their rapt attention over the two days in what was one of the best conferences this reviewer has attended.

The speakers all had a deep knowledge of the circumstances of Australia’s entry into the two wars and the consequences of doing so. Most, such as the former Minister of Defence, Secretary of the Department of Defence, Chief of Defence Force, and various senior officers, officials, were part of the decision making processes. Others, including a senior Australian Federal Police commander, an intelligence officer, various aid officials, diplomats and a VC winner were closer to the sand doing the best they could in dangerous and volatile circumstances. Expert analysis was provided by distinguished academics.

Where one sits determines where one stands on matters and there was on occasion heated disagreement between speakers. But on the big issues there was surprising agreement.

There was considerable agreement that revenge was not strategy. Revenge may provide temporary satisfaction but without a cogent overarching strategy and a definition of what victory looks like, the venture was doomed to break down in chaos particularly if there is no exit strategy  – which is why the “coalition of the willing” is still in the Sand Pit sixteen years later.

Former Defence Department secretary Ric Smith said, “At the tactical level many of us viewed our deployment as confusing, disappointing, sometimes deeply embarrassing and, in the final analysis, professionally disheartening.” And Former Howard government defence minister Robert Hill declared it wasn’t clear to him how the current war in Iraq and Syria would be won. “I’m still trying to work out what winning the war in Iraq is now,” Hill said. [1]

For Australia’s military, the order to go to Afghanistan came virtually out of the blue.  The only strategy was the need to support our senior alliance partner, the US. This sudden move was problematic as the Australian armed forces had been deliberately run down over years due to funding limitations. They were in a poor state of preparedness for war in such a hostile place so far from home. As an example of unpreparedness, one commander described how the first Diggers fought in red, orange and purple civilian ski jackets because the army had insufficient winter gear at hand. Lack of winter jackets however, were the least of their worries. They were inadequately prepared in every facet of operations be it gear, weapons and training and had to rely heavily on their alliance partners.

Alliances are difficult structures to fight in and over the years differences between national forces never really got ironed out. Each nation’s strategy was made up on the fly and all nations had to make constant adjustments. Naturally, US strategy had the most impact.

Perhaps the most damaging decisions after entering the war were taken by President Bush’s coterie of secretaries (Chaney, Rumsfeld etc) when they unilaterally decided to disband the army and purge Baath party members in Iraq. With no internal stabilizing institutions remaining within Iraq, years of chaos ensued. In Afghanistan instability ratcheted up after the allies began treating the Taliban as enemies – as bad as the Taliban was they had provided stability of sorts.

This led to the second big lesson. A country cannot be stabilized after invasion without civil government. Stability requires rule of law and the means to enforce it. Police and officials must be paid or else they will turn to graft to ensure their and their family’s survival. For the Afghanis there were times when even the Taliban looked like a better prospect than the coalition forces. This was because the coalition provided wavering strategies and presence while the Taliban was a constant factor that had to be reckoned with if alliance protection slipped.

The US had a fantasy that democracy would solve much of the civil unrest. This confounded the development of strategy as democracy was always a long way down the Afghani and Iraqi wish list.

This brief summary cannot possibly provide the depth and breadth of information presented at the conference. Readers will have to wait for the proceedings to come out later in the year for a much more complete narrative of the War in the Sand Pit. The proceedings will be compiled by Professor John Blaxland from the Strategic and Defence Studies Centre at the ANU.

The Conference information page can be found here.

Click here to see the photo album from the conference.

Presentations from the two days included the following: 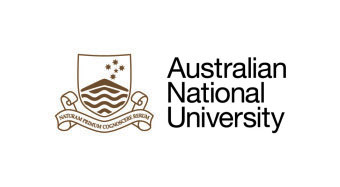 Further reading regarding the War in the Sand Pit can be found here..

[1] Karen Middleton’s Article the weekend after the conference – https://www.thesaturdaypaper.com.au/news/defence/2017/05/20/exclusive-ex-military-heads-disagree-over-middle-east-operations?utm_source=tsp_website&utm_campaign=social_mobile_email&utm_medium=social_share