Dr Daryl Moran is a school teacher who holds a Doctorate in Educational Leadership from the University of Melbourne. A committee member of Military History and Heritage Victoria (MHHV), he has acted as convenor for conferences at the RAAF Museum Point Cook Air Force about Australia’s Air War in World Wars I and II. Daryl is completing a Master of Arts degree at Monash University where he has been undertaking research surrounding “War and Memory” with a focus on World War 1. In particular he is studying the manner in which schools and society of the time prepared boys for military service, encouraged their enlistment into the armed forces of the Empire and marked their service and sacrifice. 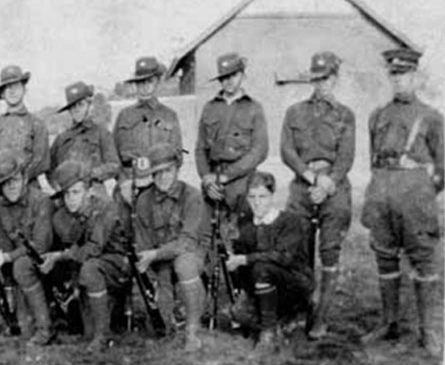 ‘In 1911 Australia became the first modern English-speaking country to demand universal and mandatory military training in times of peace; for 12- to 18-year-old boys. Caulfield Grammar School with its […]

Tread softly through the night of gloom,