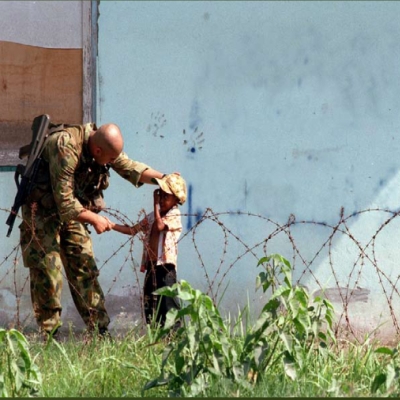 The 2019 Chief of Army (CA) History Conference will be held on Thursday, 28 November at the Australian Defence Force Academy’s Adams Auditorium. This year’s theme is ‘An Army of Influence’ and looks at our involvement in the region throughout Army’s history.

The Chief of Army’s History Conference has traditionally been held annually since 1994 and has grown into one of the pre-eminent military history conferences in Australia. As it evolved, the conference has attracted world class speakers from Australia and around the world to deliver the latest research on themes with relevance to either the history of, or operational issues affecting, the Australian Army.

The CA History Conference provides the opportunity for current serving personnel, invited guests and the general public to hear world recognised experts in their fields speak on a range of historical issues and examples relevant to Army’s service. Where possible, papers offer direct parallels with events the Australian Army has experienced, or seek to provide an historical baseline for Army’s future planning by its next generation of leaders. The conference also provides Army with a foundation for understanding the military art as practiced by different nations through a number of conflicts.

The papers presented at each conference have reinforced that some problems are perennial, and that it is better to arm oneself against repeating these mistakes by learning the lessons from the past. Army views this conference as an opportunity to use history to better educate and prepare its people for the challenges they may face in the future, as well as to provide guiding principles from which to approach planning for future operational, administrative or modernisation requirements.

TICKETS
Defence Personnel, Defence APS and Invited Guests: The Australian Army History Unit invites Army members, members of the ADF, Defence APS and invited guests to take advantage of Defence-funded tickets to attend this year’s conference. Tickets can be booked at the Eventbrite website. Defence ID will be required at the conference to collect tickets.
General Public: Members of the general public are invited to purchase tickets from Eventbrite to attend the annual CA History Conference alongside serving personnel to both learn about aspects of the Australian Army’s history, and hear about issues faced by armies the world over (albeit in an historical context). It is also extremely instructive in educating the public about how Government, the Army and the community negotiate ambiguous and complex military outcomes, both internally and externally. Public engagement with the conference aids in understanding and appreciating the issues facing Army, as well as being an opportunity for all attendees to listen to the best scholars in the world present the findings of their latest research. Tickets for the public are $50.00 (plus small admin fee) at the Eventbrite website. 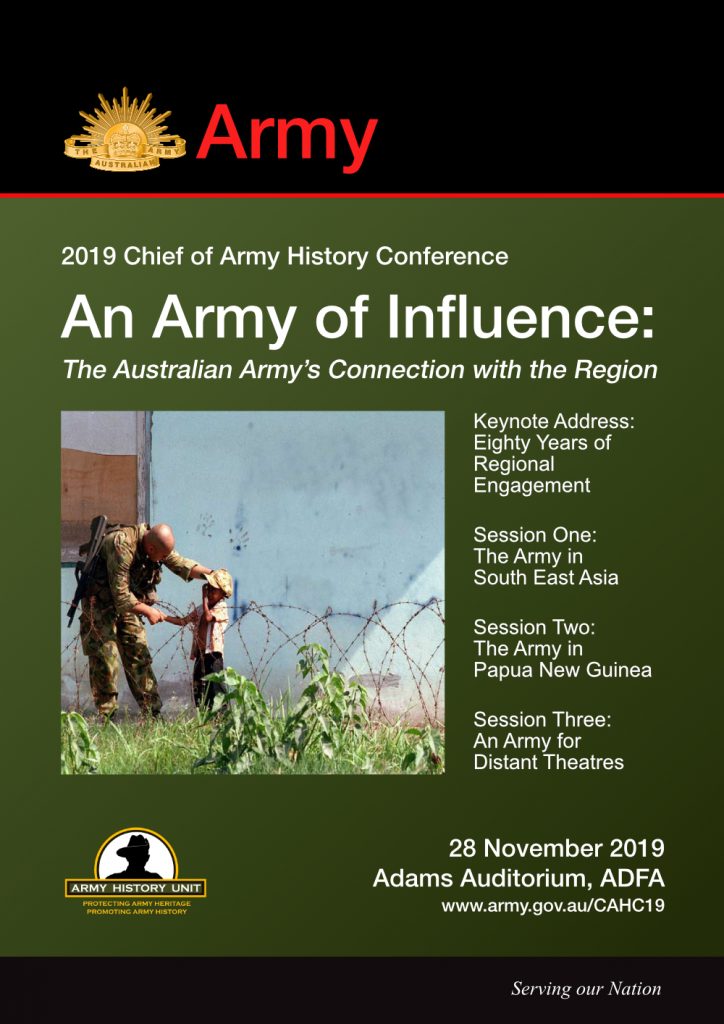