For Kin and Country – Exhibition 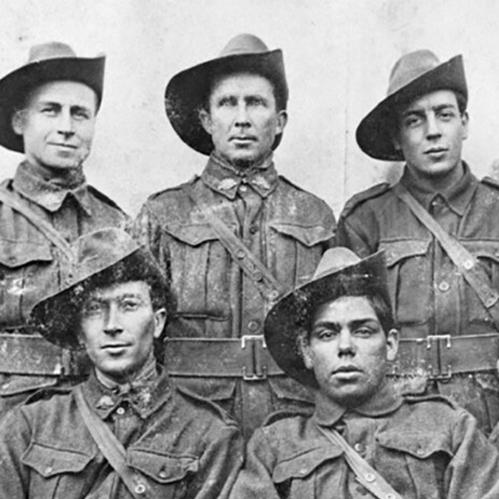 This special exhibition explores the extraordinary history of First Peoples’ service in the Australian Defence Force. 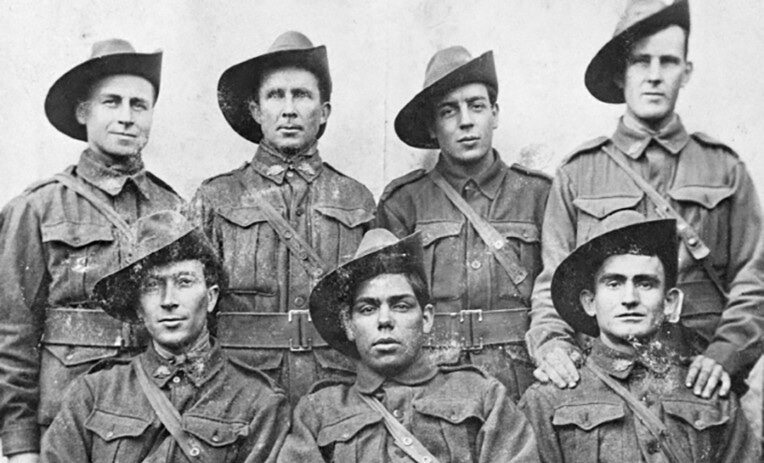 In the early 20th century, defence service provided an escape for First Peoples from ongoing dispossession and discrimination and was for many their first experience of equal treatment. Most were paid the same rates as their European counterparts and there was little racism on the front line. Indeed, First Peoples service personnel felt a strong sense of continuing ancient traditions of protecting Country, and hoped their example of service would help improve conditions for their families and communities.

Veterans, however, returned to the same discrimination they had previously known.

In this special exhibition, photographic portraits sourced from veterans and their families, the Australian War Memorial, Koorie Heritage Trust, and the Shrine’s own collection illustrate personal stories of First Peoples’ service from the Boer War to today, whilst interviews, filmed in conjunction with the Australian Centre for the Moving Image, offer insight into the ongoing effects of war service on families and individuals.

These stories matter to us; we know they’ll matter to you.