For King and Country: East Melbourne and the Great War

When Britain declared war in August 1914, Australians reacted with enormous patriotism. Young men in their thousands signed up to serve in what would be a long drawn out and bloody conflict in which 60,000 young Australians died, about one in ten of all men aged between 18 and 40. Young women, too, volunteered to serve as nurses, often ahead of their brothers. Though only a small suburb, there were over 770 with some connection – birth, work, housing ‚Äì to East Melbourne.
On 16 October, the East Melbourne Historical Society will open an exhibition recalling the life and service of some of those who volunteered. Called ‚ÄòFor King and Country‚Äô, it will commemorate the service of sixteen volunteers who served in World War 1 at Gallipoli, Egypt, France, Belgium and the minor theatres of war.

The exhibition will be free and open to the public from 17 October-11 November at the East Melbourne Library, 122 George St, East Melbourne. 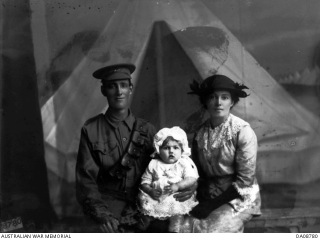