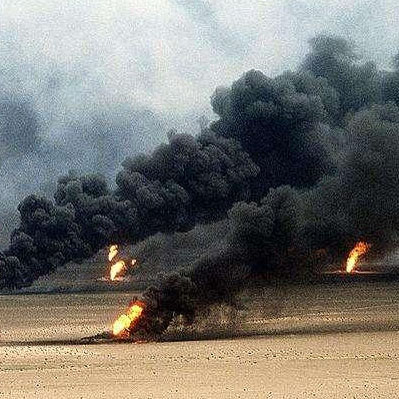 In this Museum At Home webinar 30 years on from the Gulf War, we explore Australia’s contribution and involvement in Operation Desert Storm.

About this Event
17 January 2021 marks 30 years since the start of Operation Desert Storm, the military response by a US-led coalition of 35 nations against Iraq’s illegal occupation of neighbouring Kuwait in August 1990. More than 1,800 Australian Defence Force personnel were deployed to the Persian Gulf from August 1990 to September 1991. On 24 February 1991, coalition ground forces moved from Saudi Arabia against Iraqi positions, destroying what was left of Iraq’s ability to resist. Although Australian forces never officially engaged in open combat with hostile forces they primarily provided naval support with a unit of photo interpreters on the ground in Saudi Arabia.

In this webinar, historian Dr Aaron Pegram explains Australia’s involvement in the Gulf War and how the Australian War Memorial is collecting stories and items to display in its museum gallery spaces in the future.

This is an interactive webinar, where viewers have the opportunity to send in questions online during the event for our speakers to answer.

Dr Aaron Pegram is a senior historian at the Australian War Memorial with 15 years’ experience in museums and exhibition development. A member of the Military History Section, he is currently attached to the Memorial’s Gallery Development team, working on a new permanent display on Australia’s involvement in the Gulf War