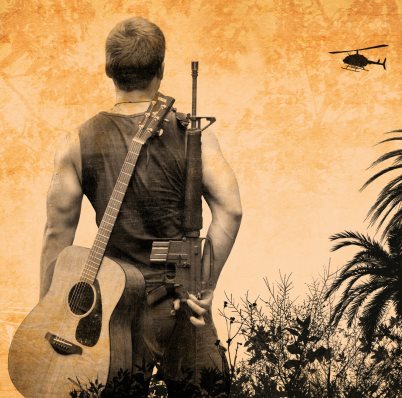 Acclaimed as “a musical and dramatic triumph”, the rock drama Rolling Thunder Vietnam takes audiences on an exhilarating and emotive “Magic Carpet Ride”.

Rolling Thunder Vietnam is a soul stirring show that is emotional and powerful. The late ‘60s was a time of head-spinning change and produced many of the greatest songs of the 20th century. Experience the powerful theatrical concert Rolling Thunder Vietnam, featuring a charismatic young cast and some of the best rock musicians in Australia.

The show comprises stirring rock classics of the ’60s and ’70s, including Fortunate Son, All Along The Watchtower, The Letter, Help Me Make It Through The Night, Killing Me Softly and Bridge Over Troubled Water, together with intimate stories of courage, longing, protest and love.