The Forgotten Cruiser: HMAS MELBOURNE (I) 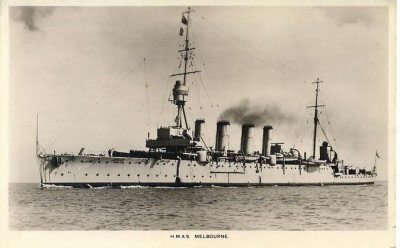 MELBOURNE ¬†was a work horse of the RAN, somewhat overshadowed by its sister ship SYDNEY but won accolades for the hazardous rescue at the height of a gale of the crew of sinking schooner HELEN B STERLING in 1922.

The presentation will be by Andrew Kilsby, who along with ¬†co-author CDR Greg Swinden RAN, is writing a new history of the MELBOURNE to be launched at its centenary commemorative exhibition in March 2013.