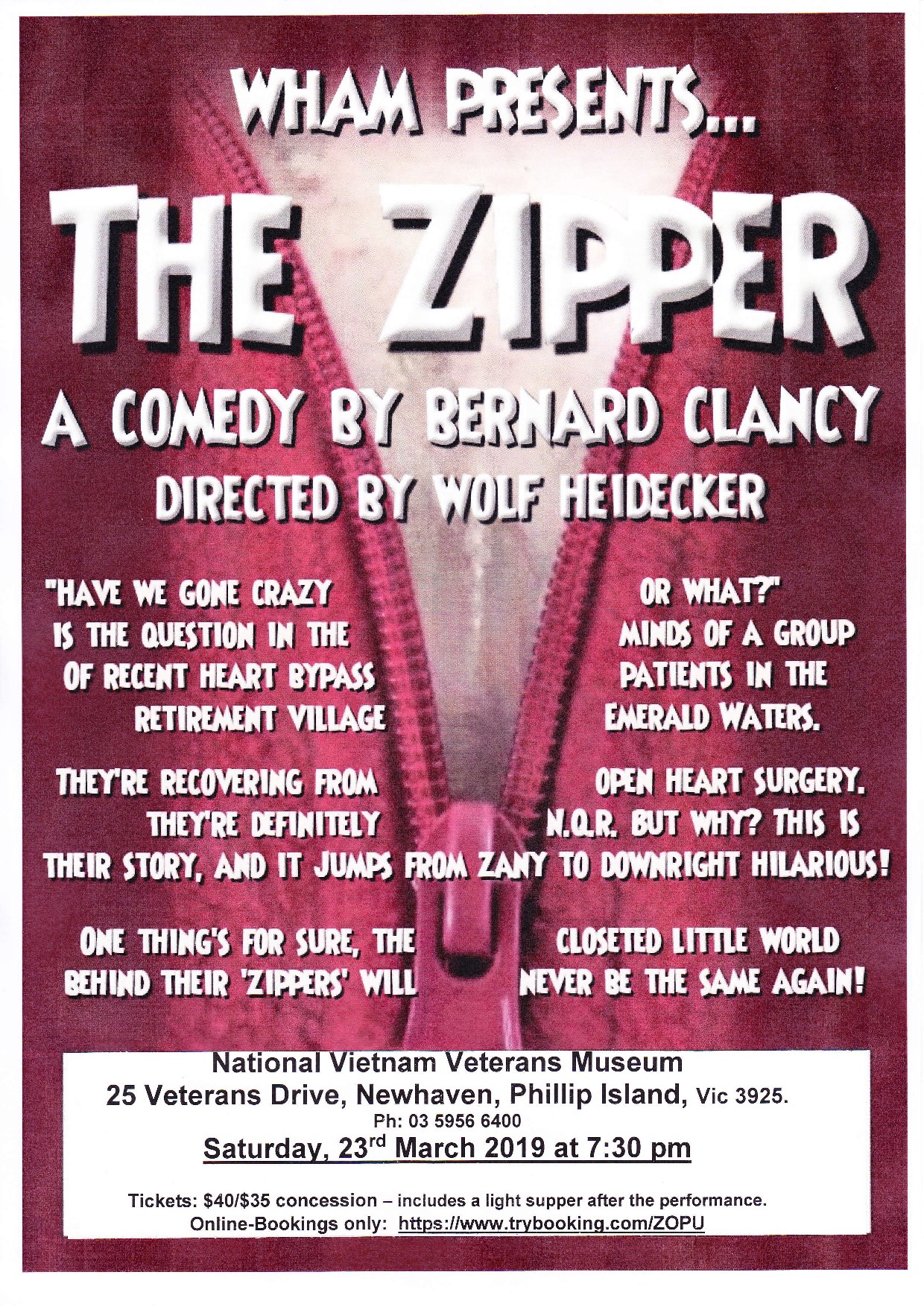 Following open heart surgery, our internal wiring goes a little haywire – and the results, surprisingly, can be absolutely hilarious!

Our heart objects to having been interfered with, stopped and bypassed for a period even, and quite mysteriously gives instructions to the mind to seek revenge! To stuff things around a little. “Do not,” surgeons warn their patients, “make any major decisions for quite some time after your operation because you’re NQR — Not Quite Right.”

In the retirement village Emerald Waters, a group of heart bypass patients in rehab are learning to deal with this. Bernard Clancy’s stunningly poignant and heartfelt play “The Zipper” tells their stories, from serious to downright hilarious and zany. One thing’s for sure, their closeted little world will never be the same again…

The last time playwright Bernard Clancy teamed up with the inimitable director Wolf Heidecker for Clancy’s compellingly powerful play “Foxholes of the Mind” for performances at La Mama and on tour throughout Victoria in 2016 including the National Vietnam Veterans Museum, their work was highly acclaimed by critics and audiences alike for its edge-of-the-seat entertainment.

“The Zipper” is just as sharp. And the humour cuts like a heart surgeon’s scalpel!

Tickets: $40/$35 concession – includes a light supper after the performance.
Online-Bookings only: www.trybooking.com/ZOPU 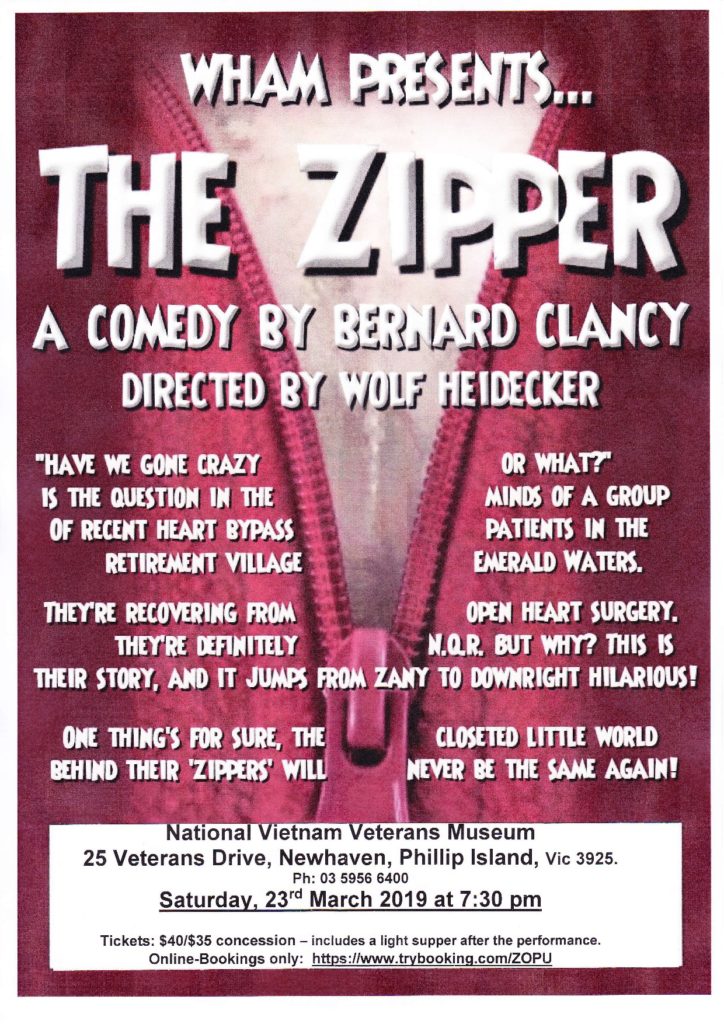