by Major General (Retried) John Cantwell, AO, DSC with Greg Bearup. Book Review by Marcus Fielding
Melbourne University Press: Melbourne; 2012; 388 pp.; ISBN 13: 9780522861785; ISBN 10: 0522861784, RRP $34.99 (paperback)
I have known John Cantwell for over a decade and have always found him to be a clear thinker, morally courageous and a true gentleman.  His public revelation of suffering from PTSD (post-traumatic stress disorder) comes as a surprise to many, but those that know him recognise this as his next ‘crusade’.  Not just his own rehabilitation from PTSD, but an effort to try and ‘fix’ part of the culture that has developed within the Australian Defence Force.
Exit Wounds is a personal and insightful account of Cantwell’s wartime experiences in the Australian Army. He was on the front line in 1991 as Coalition forces bulldozed live Iraqi troops in their trenches. He fought in Baghdad in 2006 as the Director of Strategic Operations and saw first-hand what a car bomb does to a marketplace crowded with women and children.
In 2010 John Cantwell was the national commander in charge of Australian forces in Afghanistan; and during this tour of duty ten Australian soldiers were killed. Cantwell returned to Australia in 2011 to be considered for the job of chief of the Australian Army. Instead, he ended up in a psychiatric hospital and retired in early 2012 after nearly 40 years of service.
As a young man from a large Queensland family, John Cantwell joined the Australian Army at 17 as a Private and rose to the rank of major general.  His career included Commanding Officer of the Royal Military College at Duntroon, Commander of the 1st Brigade in Darwin, Deputy Chief of the Army, and Head of the Force Structure Review as part of the 2009 Defence White Paper.
He was also Interim Head (and later, Chief of Operations) of the Victoria Bushfire Reconstruction and Recovery Authority, coordinating all Commonwealth, State and non-government efforts to recover from the deadly Black Saturday fires in 2009.
Cantwell was awarded the Distinguished Service Cross for his leadership in action in Afghanistan, has been made a Member of the Order of Australia and an Officer of the Order of Australia, and received the United States Legion of Merit.
Exit Wounds is also a compassionate and deeply human account of life on a modern battlefield: from the nightmare of cheating death in a minefield, to the poignancy of calling home while under rocket fire in Baghdad, to the utter despair of looking into the face of a dead soldier before sending him home to his mother.
The book is laced with his insightful descriptions of his personal struggle over decades with post-traumatic stress disorder. He talks about losing soldiers ‘entrusted’ to his care. He has hidden his post-traumatic stress disorder for decades, fearing it will affect his career. And he is convinced that his plight is not an isolated one. Cantwell fears for the many sufferers that hide their challenges for fear of appearing weak or having their careers damaged.
After the experiences of soldiers who fought in South Vietnam in the 1970’s, and after a decade of wars in Iraq and Afghanistan, it is remarkable that the issue of PTSD remains such an ‘unspoken of’ issue. The challenge is to overcome the stigma, to encourage veterans with emotional damage to seek help, and so start the healing process, without detriment to their careers. While some progress with the former has been made in recent years, the latter is still a work-in-progress.
Raw, candid and eye-opening, no one who reads this book will be unmoved, nor forget its imagery or words. Let us all support John Cantwell in this crusade to remove the stigma associated with PTSD and contribute to healing some of the scars of war. 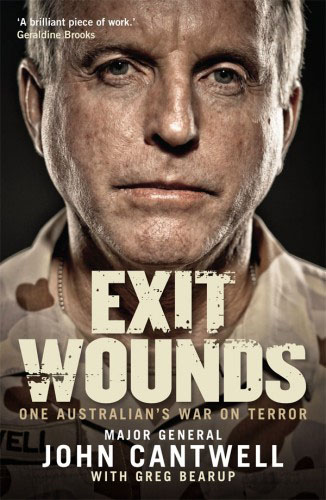