Following the vote in favour of self-determination in 1999 chaos engulfed East Timor. Dozens of buildings burned, thousands of people were displaced from their homes and some were injured or killed. World-wide outrage denounced the horror and demanded “something must be done!” Within days a UN mandated Australian-led multi-national force named ‘INTERFET’ (International Force East Timor) arrived on 20 September 1999 with Indonesian agreement and support to restore security and order.

What was the crisis and how did it come about? What events led to it? What factors were influencing events? What did INTERFET achieve or fail to achieve? How did the crisis impact on relationships in the region in the short and longer term? What can the INTERFET experience teach us for the future?

On the 15th Anniversary of the 1999 crisis in East Timor Military History and Heritage Victoria in partnership with the Strategic and Defence Studies Centre at the ANU gathered an impressive array of speakers for a two-day international conference. 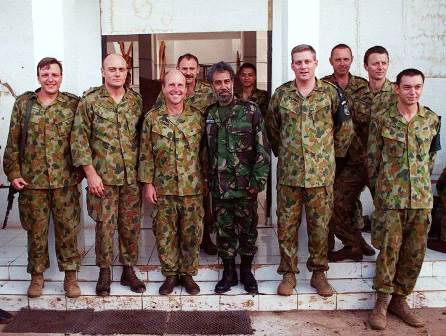 The aim of the conference was to write into the public record different perspectives and responses to the long dormant questions for the benefit and further development of history and scholarship.

His Excellency the Prime Minister of Timor Leste, Xanana Gusmao, GCL, CNZM – former East Timor independence leader – and His Excellency General the Honourable Sir Peter Cosgrove AK, MC, Governor-General of the Commonwealth of Australia – the Commander of INTERFET – were the keynote speakers. 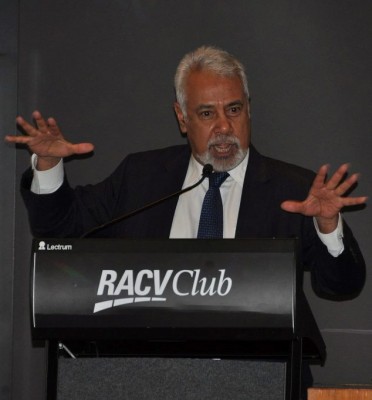 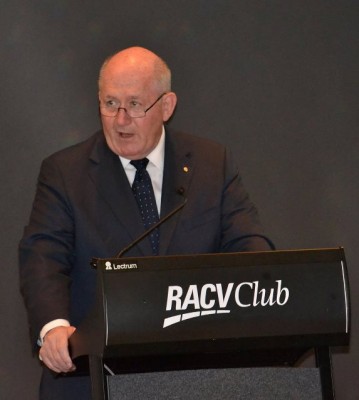 On the 15th Anniversary of the 1999 crisis in East Timor Military History and Heritage Victoria in partnership with the Strategic and Defence Studies Centre at the ANU gathered an impressive array of speakers for a two-day international conference.

The international panel of distinguished speakers included Lieutenant General Kiki Syahnakri (Retired) who was the Indonesian Martial Law Administrator at the time of the crisis, and author of Timor Timur: The Untold Story and Thailand’s General Songkitti Jaggabatra (Retired) who was the Deputy Commander INTERFET. They were be joined by, Major General Orlando Ambrocio (Retired) who was the Commander of the Philippines Humanitarian Support Mission to East Timor; and Colonel Kevin Burnett, ONZM (Retired), former Commanding Officer the 1 RNZIR Battalion Group.

Doctor Blaxland, whose recently published book The Australian Army from Whitlam to Howard included a chapter on INTERFET, will edit the conference proceedings for publication. Doctor John Blaxland said that “the conference is even more important given the absence of an official Australian history for INTERFET.” 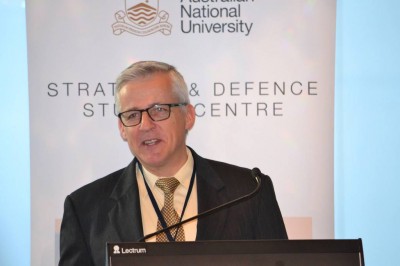 Associate Professor Bob Breen from Deakin University acknowledged that much additional information had come to light over the past 15 years that warranted a review of events, causation and unintended consequences surrounding INTERFET. “It’s important to get the benefit of time and the perspectives of different stakeholders to get a holistic understanding of these historic events” said Professor Breen.

The proceedings from the Conference are available for sale here.

A review of the proceedings is available here.

Photographs from the Conference and Anniversary Dinner are available here: https://www.facebook.com/MilitaryHistoryHeritageVictoria/photos_stream