Les Knight, a young man from Camberwell, Victoria was like many who joined to serve his country during the Second World War. But unlike many others his skill as a Lancaster pilot enabled him to successfully breach the Eder Dam in the now infamous Dambusters Raid. At the age of 22 Les was awarded the Distinguished Service Order and became a national hero.

But his war service continued, and four months after the Dambusters Raid his aircraft was badly damaged. On this occasion Les’ skill and bravery were again on display as he held the stricken plane steady to allow his seven crewmates to be able to bale out.

Then, as he searched for a place to ditch the aircraft, he steered clear of a Dutch village in order to avoid any civilian injuries. The aircraft hit the ground hard, cartwheeled and Les was killed.

Five of the seven crew members were able to evade being captured by the Germans and with the help of underground movements were returned to England. The other two were captured and detained in POW camps until war’s end. All seven returned home to continue their lives, marry and have children. Their lives are Les’ legacy.

This is the remarkable story of one brave Australian who answered his country’s calling and who demonstrated courage far beyond expectation. His gravestone carries the inscription ‘Let us be Worthy’. The village of Den Ham have never forgotten the bravery of this young Australian pilot. His grave has always been immaculately kept. 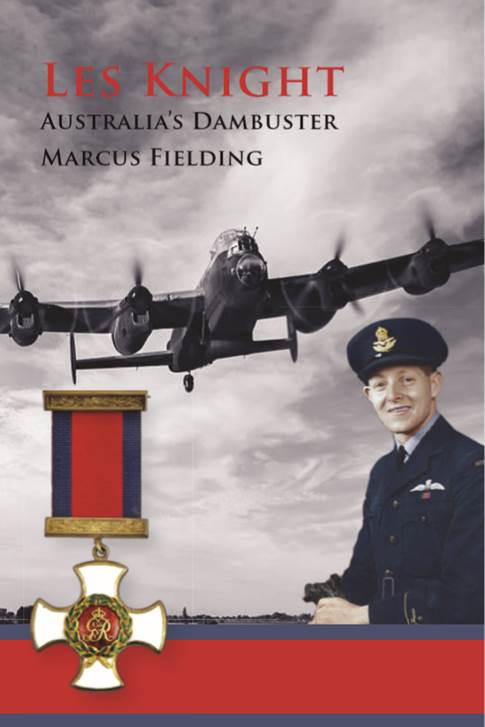 This terrific new book is available from a series of well-known book sellers that you can find through this page: https://www.echobooks.com.au/military/les-knight/ Note that their prices vary.