This conference explores the context and mainly the Australian ground and air operations in Korea in the period 1950-1953.

Introduced by Patron of the Korean Veterans Association of Australia, Major-General Jim Hughes, AO, DSO, MC followed by award winning keynote speaker Cameron Forbes, author of Australia in the Playground of Giants, the one day proceedings will include presentations by military historians from the Australian War Memorial and the Australian National University, authors, scholars and veterans who will describe how Australia‚Äôs war began in Korea through the bitter retreat to Pusan from the North Korean attack in 1950, through the triumphant advance to the Chinese border following US General MacArthur‚Äôs brilliant counter-stroke at Inchon, and back again when the Chinese Peoples Liberation Army attacked the UN Forces and once again pushed them back, this time to the 38th parallel.

Static warfare followed, but air and ground operations continued to 1953, and Australian forces remained in the thick of the fighting.

This conference will remember the contribution of Australia to the UN ‚ÄòPolice Action‚Äô in Korea and commemorate the sacrifice and spirit of the Australians on the ground, in the air and at sea who proudly call themselves ‚ÄòKorea Veterans‚Äô. 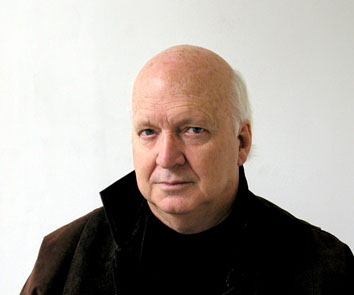 Cameron Forbes is an author and international correspondent.¬† His publications include The Korean War: Australia in the Giants’ ¬†Playground;¬† Hellfire: The story of Australia, Japan and the Prisoners of War; Under the Volcano: The story of Bali; and Horseback: The story of the horse and the making of a nation.

Cameron Forbes has been Foreign Editor, Europe correspondent and Asia correspondent for The Age and Washington correspondent for The Australian. He has reported on rebellions, civil wars and wars in Northern Ireland, Portugal, Sri Lanka, South Africa, Bougainville, the Philippines, Burma, the Middle East, Afghanistan and Rwanda. He has been awarded the United Nations Association Media Peace Award for reporting of Aboriginal affairs, the Canadian Award for Journalistic Merit, the Perkin Award for Journalist of the Year and the 2010 Walkley Award for the Most Outstanding Contribution to Journalism.

He was educated at Monash University and the ANU and has been an honorary associate at the University of Tasmania.

He will be followed by six other prominent military history speakers, joined by Korea War veterans, who will present aspects of the air, sea and land war in Korea ‚Äì

Registration can be made here.