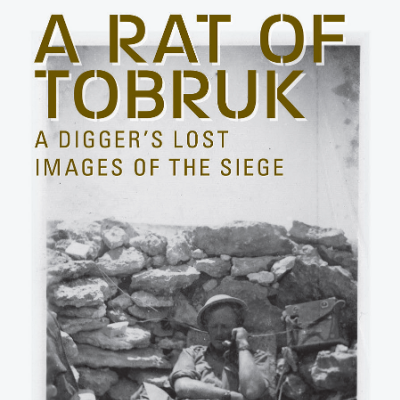 An invitation to the launch of Mike Rosel’s A Rat of Tobruk by Dr Mark Johnston . 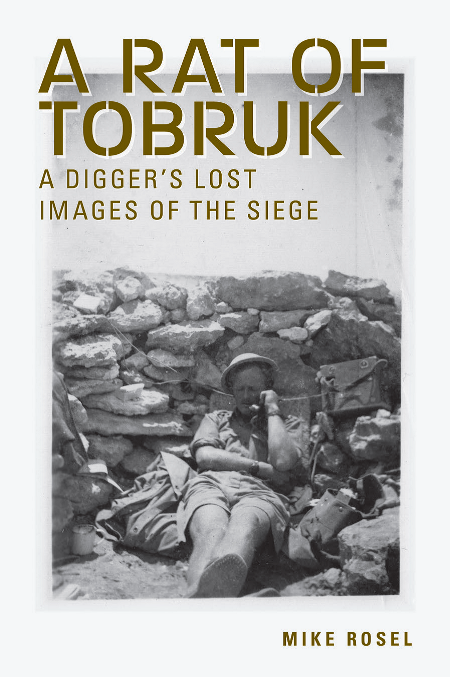 To mark the 80th anniversary of the Siege of Tobruk in 2021, Melbourne writer Mike Rosel has chosen many photographs from his father’s WWII albums, notably those from Tobruk – many not seen before.

The tale of Lt John Rosel MC, and the 2/24th Battalion‘s odyssey from training in northeast Victoria to Tobruk, is complemented by never-before-published intimate and frank letters from Tobruk by Private Harry Frazer to his parents in Swan Hill.

Lieutenant John Rosel won a Military Cross for displaying ‘calmness and outstanding leadership’ when his platoon became surrounded at a critical point in the siege of Tobruk. He led the defence of several vital outposts against numerous attacks by the troops of General Rommel. His son Mike has written not only a touching tribute to his father’s war service but also a perceptive and stylish account of the soldiering experience of a generation.

A Rat of Tobruk has many fascinating photographs – mainly taken by John Rosel –and is recommended to anyone interested in the Australian soldiers who risked all while making a substantial contribution to Allied victory in World War II. – Dr Mark Johnston, historian, and author of 11 books on Australians’ service in WWII