Australia‚Äôs Worst 24 Hours: The Centenary of Fromelles with Ross McMullin

The battle of Fromelles remains the worst 24 hours in Australian history. Historian Ross McMullin will analyse how the disaster eventuated in July 1916, explain how it became for decades Australia‚Äôs little-known battle, and discuss the developments that have transformed perceptions of Fromelles in recent years. Ross McMullin is the author of an award-winning biography of Pompey Elliott, whose Victorian brigade suffered devastating casualties at Fromelles. His most recent book, Farewell, Dear People: Biographies of Australia‚Äôs Lost Generation, was awarded the Prime Minister‚Äôs Prize for Australian History. 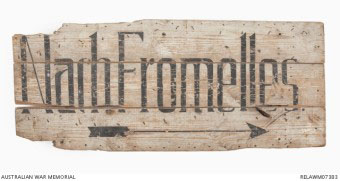