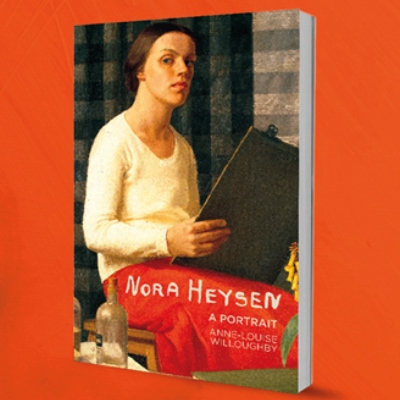 In her new book, Nora Heysen: A Portrait, Anne-Louise Willoughby brings to life not only an artist, but the first woman to win the Archibald Prize and Australia’s first female painter to be appointed an official war artist.
In conversation with Treasures Curator Nat Williams, Anne-Louise discusses the story of the driven, optimistic and resilient painter.

About Anne-Louise Willoughby
Anne-Louise Willoughby worked as a journalist in a career that spanned thirty years in Western Australia, first training as a newspaper cadet in the 1970s before moving to magazine publishing with Australian Consolidated Press. As a freelance journalist, she was a feature writer for Australian newspapers and contributing WA editor to Belle Magazine. Anne-Louise has worked as a lecturer and tutor in creative writing at the University of Western Australia with a particular interest in memoir and biography.

In association with Fremantle Press

The Treasures Curator is supported by the Australian Government’s Catalyst-Australian Arts and Culture Fund.