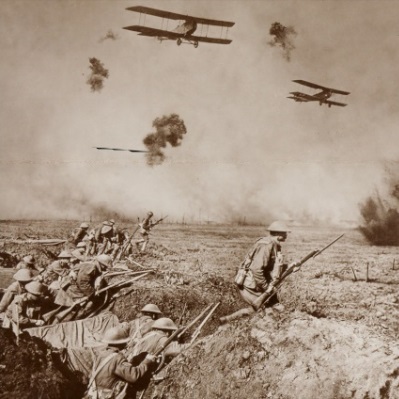 The battle of Polygon Wood in September 1917 is one of the AIF’s most iconic but least understood victories.

It has usually been depicted as a relatively straightforward affair — the Australians advanced behind an irresistible barrage that resembled a Gippsland bushfire, and there were inevitable casualties but no major hiccups. This interpretation is fundamentally flawed.

There was indeed a major hiccup that complicated the operation. The Germans, sensing what was coming, launched a ferocious pre-emptive attack against the AIF’s right. The 58th Battalion, then holding the front line, held firm despite severe casualties, while the British unit alongside was driven back. AIF units earmarked for the following day’s operation were sent forward to retrieve the situation, and further heavy losses resulted.

With enemy forces occupying the adjacent British sector, General Pompey Elliott recommended that the operation be postponed. His superiors insisted that the attack had to proceed. Elliott had to overhaul the arrangements in great haste. He remained sceptical about assurances he was given that the plight on the right would be fixed before zero hour. It wasn’t. Even so, men under his command attained the Australian objectives in their sector and ensured that the British objectives on their right were attained as well.

When the real story is understood, the extent of the AIF achievement at Polygon Wood can be properly appreciated. Dr Ross McMullin, the award-winning biographer of Pompey Elliott, will tell the story of the battle in a vivid and illuminating illustrated presentation.

Where: Due to the ongoing Covid-19 situation in Victoria MHHV has had to make changes to the way this presentation will be available.
We have chosen to have the Ross McMullin – “Turning Disaster into Victory” presentation go ahead LIVE online via ZOOM.com

It is necessary that all audience members pre-book their ticket

Dr Ross McMullin is an acclaimed biographer and historian, and a lively and entertaining speaker. His biography Pompey Elliott won awards for biography and literature. Farewell, Dear People: Biographies of Australia’s Lost Generation was awarded the Prime Minister’s Prize for Australian History and the National Cultural Award. His latest book is Pompey Elliott at War: In His Own Words. His biography of Australia’s first official war artist, Will Dyson: Australia’s Radical Genius, was highly commended by the judges of the National Biography Award. Other previous books include the ALP centenary history The Light on the Hill: The Australian Labor Party 1891-1991, and another political history So Monstrous a Travesty: Chris Watson and The World’s First National Labour Government.