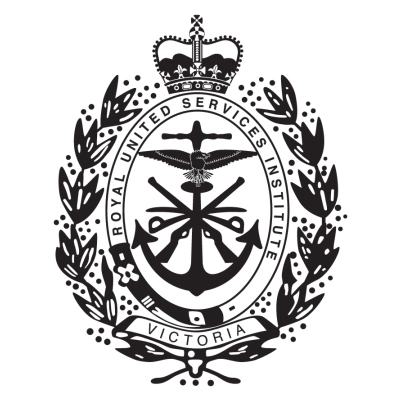 The 2022 Lunchtime address programme is about to restart, after a few problems with COVID-19 restrictions. These have now eased and we are looking at getting back to regular addresses.

The first of the addresses, on TUESDSAY 19th July, will be by His Excellency the Ukranian Ambassador. More details about His Excellency are to be found below.

As usual, talks will be held at ANZAC House, 4 Collins St, Melbourne. Tea and coffee willl be available from noon with the talk commencing at 12.30 hrs. We hope to have light refreshmemts available afterwards.

Please note that this is a TUESDAY address and not our normal Thursday date.

Due to limited seating, please contact the Secretary (secretary@rusivic.org.au) to book a seat.

HE Vasyl Myroshnychenko, Ambassador of Ukraine to Australia

His Excellency took up his position in Canberra in April this year. He is a Member of the Supervisory Board of the Ukrainian Institute in Kviv, a public institution affiliated with the Ministry of Foreign Affairs. Its mission is to strengthen Ukraine’s international standing through the means of cultural diplomacy.

He has a MSc from the London School of Economics and a BA and MA from the National University of Kviv.

Mr Myroshnychenko has over 20 years’ experience in strategic communications and government relations, working with the Ukrainian government, NGOs and Ukrainian clients in Washington, London, Brussels, Frankfurt, Davos and the Gulf.

Mr Myroshnychenko was the co-founder of the news agency, Ukraine Crisis Media, and the CEO/Partner of CFC Big Ideas, an international communications consultancy. He has been a frequent foreign policy commentator and has often spoken on the topics of public diplomacy, national branding, lobbying and advocacy, international trade, propaganda and disinformation.

His journey to Canberra feels like something out of a movie – after applying for the position of Ambassador and being selected in record time, seeing the dramatic change in his country, and fleeing to Romania in order to leave Ukraine, here he is.

“It’s been a crazy month to be frank. I still can’t believe it’s happening to me. I couldn’t come from Ukraine directly; I came from Romania because there’s no flights out of Ukraine. I was based in Kyiv when the war started. We tried to escape for two days but we couldn’t get out of the city because there was traffic jams and no fuel,” recalls Mr Myroshnychenko.

“We then went to my hometown and several days later my wife asked me to take her to Romania with our 18-year-old daughter and five-year-old son. So, I drove her to the border and they crossed it on foot. They were there for three weeks and once I got the appointment and I picked up the credentials, I went to Romania, and we flew out to Australia.

“It should have taken about six months for this procedure to take place – if it wasn’t for the war, I would have come here in June. I was supposed to be in Ukraine meeting people, getting instructions and requirements… but it’s war now.”

I’ve received a very warm welcome here. I’d actually never been to Australia before. I’ve lived in the US, the UK in London, and Canada, and I’m trying to figure out who Australians are similar to, but I haven’t yet, to be frank,” he smiled.