Nerves and Steel: The Navy in the Pacific – Last weeks

A historical exploration of the naval battles in the Pacific during the Second World War. Discover the struggles and glory of the Allied forces against Japan’s powerful navy and the role that the Royal Australian Navy played from December 1941 to September 1945 in securing the ultimate Allied Victory. 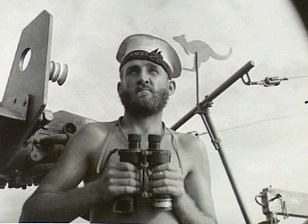 The war in the Pacific was essentially a naval struggle. Allied war aims hinged on the destruction of Japan‚Äôs powerful navy and the severing of sea communications between Japan and its far-flung Asian and Pacific conquests. Nerves and Steel explores the role played by the RAN in ultimate Allied victory and features items from the Shrine‚Äôs own collection as well as loans from the Australian War Memorial, the RAN Heritage Collection, veterans and their families.